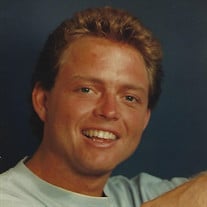 Brian Edwin Tease passed away unexpectedly on April 11, 2022 in Tallahassee, Florida. Brian was born on September 24, 1962 in Harlan, Kentucky to the late Desmond Tease and Jupielene Tease. Brian grew up in Tallahassee, Florida after the family moved here in 1964. He was a 1980 graduate of Leon High School where he excelled at baseball. He then played college baseball at George Wallace Community College and Florida Atlantic University. After his collegiate baseball endeavors, Brian then moved to Knoxville, Tennessee where he earned a Bachelors Degree from Johnson Bible College. Brian was then a youth minister in Stone Mountain, Georgia and then a pastor at King’s Way Christian Church in Tallahassee, Florida where he took over for his father when his father passed away. For the last several years, Brian worked with the local homeless and veterans communities. Brian was a believer in the Lord Jesus Christ. He was a deep lover of time with his family and his friends. He had a mind obsessed with baseball, was a lifelong fan of his beloved Atlanta Braves, and he always cheered for his Dallas Cowboys. He is survived by his wife, Melissa, and his two sons J.D. and Dallas; his mother Jupielene Tease; his sister, Pamela Lindsey of Knoxville, TN; his younger brothers Colin and Barry, both of Tallahassee, FL; as well as multiple in-laws nephews and nieces. The family will receive friends from 10:00 to 11:00 AM, Saturday, April 16, 2022 at Bevis Funeral Home, 200 John Knox Road, Tallahassee, Florida, the funeral service will follow at 11:00 AM. Interment will be at Tallahassee Memory Gardens, Tallahassee, Florida. Todd Wahlquist with Bevis Funeral Home (850-385-2193, www.bevisfh.com) is assisting the Tease family with their arrangements.

The family of Brian Edwin Tease created this Life Tributes page to make it easy to share your memories.

Send flowers to the Tease family.