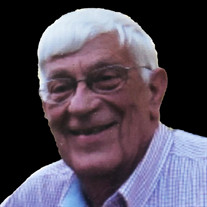 Bricey Milton Rhodes, Jr., 87 passed away on Thursday, March 3, 2022, at Tallahassee Memorial Hospital. He was the son of Dr. Bricey M. and Eunice Elizabeth (Betty) Rhodes. A native of Tallahassee, Bricey graduated from Leon High School in 1953 and received his Bachelor of Science degree in Electrical Engineering from the University of Florida in 1958 where he was a member of Sigma Alpha Epsilon Fraternity. Upon graduation, he married his high school sweetheart Martha Ann Adkison. He accepted a position with Florida Power & Light. While receiving training in Miami, he was called into the Army and served at Ft. Monmouth, NJ. Upon completion of his training, he was transferred to Ft. Lauderdale, FL. Bricey and Martha Ann lived in Ft. Lauderdale until 1971. Returned to Tallahassee where he worked for the City, Morgan Electric, and Hines Hartman Consulting Engineers (now H2 Engineering). Bricey was a registered professional engineer in FL, GA, AL and WA. Worked on various federal, state and local architectural/ engineering projects throughout the state of Florida and nationwide, including designing numerous electrical projects at TMH. Some of his favorite times were spent attending UF Gator football games, fishing trips, and hunting camps with his son and grandsons. Memorable times were spent at the family mountain cottage in Glenville, NC. He was a member of the National and Florida Engineering Societies, Tallahassee Elks Club, and Exchange Club. Survivors include his wife Martha Ann of 63 years, son Steven (Ann), son Bobby (Amanda) and son Larry (Holly). Grandchildren Steven (Mandy), David (Mackenzie), Jackson, Ava, Charlotte, Bryson, Connor, Maddie Black (Brandon), Earline Adkison (sister-in-law), and many nieces and nephews. He is preceded in death by his parents, son Jeff Rhodes, sister Sandra Neel, and brother-in-law Larry Adkison. Graveside services will be held on March 9, 2022 at 11:00 am at Roselawn Cemetery, Tallahassee, FL. The family would like to thank the many doctors, nurses and caregivers. In lieu of flowers, donations may be made to Tallahassee Memorial HealthCare Foundation (1331 E 6th Avenue, Tallahassee), Blessed Sacrament Church or the American Heart Association. Kelly Barber of Bevis Funeral Home (850-385-2193 or www.bevisfh.com) is assisting the Rhodes family with their arrangements.

The family of Bricey Milton Rhodes, Jr. created this Life Tributes page to make it easy to share your memories.