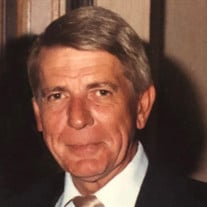 C. Idus Spooner, Jr., 79, of Havana, Florida died peacefully on Monday, December 20, 2021. Just 5 days before Christmas and 17 days shy of the Epiphany and his 80th Birthday, he was called home to his heavenly family. Idus was born in Tallahassee, Florida on January 6th, 1942. His friends best describe him as a storyteller who could hold your attention no matter what your walk of life; telling too many wild stories to remember. Although his skin was tough and weathered, his kindness would always shine from under the brim of his white cowboy hat with a smile or a sparkle in his green eyes. He loved his friends, his dogs, and his horses, but adored and was most proud of his family. Idus grew up attending Lakeview Baptist Church and First Baptist Church of Tallahassee where his mother taught Sunday School. He was in Cub Scout Pack #107, raising the flag at the opening of Camp Silver Lake and even served as Page in the Florida House of Representatives. He attended Sealy Memorial Elementary and Cobb Junior High. After losing his mother in a car accident at the age of 16, he went on to graduate in 1959 from Leon HS, served in the Army, and later the Army Reserves. He later attended Murray State University and Chipola Community College, and obtained his Real Estate, Pilot, and Captains Licenses. Idus was an avid hunter and charter member of the Sweetwater Hunting Club in Gadsden County, also active at Morgan Swamp, and Clark Pond. He raised his family on trails scouting for deer, turkey, and squirrel to hunt; teaching appreciation for nature and all the greatness it provides. His passion turned to the air and sea where he would fly his twin tail Bonanza and let the kids take the helm of his 42’ Post. As Manager of the Used Trucks for Ford and Chevy his life was entwined with generations of families and friends. He would always have a crew in the Big Bend Fishing Tournaments, enjoyed the Ford Races, and Chili Cookoffs, but remembered to give back with his annual First Responders Appreciation Luncheon bringing departments and officials together for almost 10 years. He would eventually retire back on the land where he would raise and breed his Spooner Quarter Horses and Thoroughbreds with the invaluable help of his loyal friend, Luke Blanchard. Idus is preceded in death by his parents Mrs. Ruby Wimberly Spooner of Tallahassee, FL and Cletus Idus Spooner of Sneads, FL as well as his uncle Mr. Howard Wimberly of Marianna, FL. He is survived by his son, Mr. and Mrs. Scott Walton & Valentyna L. Spooner and grandson Jett Bennett Spooner of Lantana, FL; his daughter, Mr. and Mrs. Michael & Mary Michelle Miller and grandchildren Sheridan Leigh Miller, Kendall Jordan Miller, and John Joseph Miller, III of Pompano Beach, FL; his aunt Mrs. Corine Wimberly of Marianna, FL; cousins Buddy and Mrs. Nancy Wimberly and Mr. & Mrs. William and Mary Wester; his half-brothers Steven Lewis Spooner and William Foster Spooner, Sr. of Lakeland, FL; his nephew William Foster Spooner, Jr.; his niece Melissa Lynne Spooner and 6 great nieces and nephews. The family invites friends and loved ones for a Celebration of Life at Bevis Funeral Home of Tallahassee on Saturday, January 8, 2022 at 10:00 a.m. to be immediately followed by a gathering at Oakland Cemetery where his earthly body will be laid to rest next to his mother. Because of his great love of animals and honoring veterans the family requests that in lieu of flowers, donations be made to New Horizons Service Dogs, Inc. at 1590 Laurel Park Ct., Orange City, FL 32763 (Federal Tax I.D. #59-3334829) newhorizonsservicedogs.org/386-456-0408 The Lord says, “fear not, for I have redeemed you, I have called your name, you are mine.” - Isaiah 43:16 Rocky Bevis of Bevis Funeral Home is assisting the family with their arrangements. (850-385-2193 or www.bevisfh.com)

C. Idus Spooner, Jr., 79, of Havana, Florida died peacefully on Monday, December 20, 2021. Just 5 days before Christmas and 17 days shy of the Epiphany and his 80th Birthday, he was called home to his heavenly family. Idus was born in Tallahassee,... View Obituary & Service Information

Send flowers to the Spooner family.