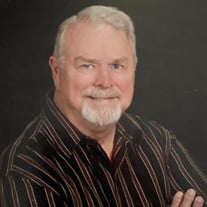 Carl Edward Creasman, 83, passed away at home to then enter his heavenly home with Jesus Christ on Monday May 17, 2021. Rev. Creasman is survived by his wife Roberta, married for 60 years, children Christina Denise Creasman Mason (husband Clay) and Carl Edward Creasman Jr (wife Kim). His grandchildren are Bill Mason, Shelley Mason Gandy (husband Bert), Samuel Mason (wife Siera), Jonathan Mason (wife Amber), Logan Creasman, Cara Mason, Meryn Creasman, and Brynn Creasman. His great-grandchildren are Tyler Gandy, Brooke Mason, Danielle Mason, Christian Mason, and Emerson Gandy. Rev Creasman was born in Riceville TN on January 28, 1938, the last of 12 children of Rev. Jesse W. and Mary Ollie Creasman. He was educated in the Athens/McMinn County School systems, graduating from McMinn County High School in 1956, then received a Bachelor of Science - Electrical Engineering (BSEE) degree from Auburn University, a Master of Science – Electronics Engineering (MSEE) from The University of Tennessee, and an Educational Specialist (EDS) degree from the University of Tennessee. Rev Creasman was an Ordained Baptist Minister, serving 58 years in bi-vocational ministry. He was the Senior Pastor at Rocky Mount Baptist Church and Associate Minister at North Etowah Baptist Church. Carl also served as Minister of Youth, Minister of Music, Minister of Pre-School and Children in numerous churches in Tennessee, Alabama and Florida. Later in his ministry years, Carl became a licensed Parliamentarian and served many local churches and organizations, as well as the Tennessee Baptist Convention, as Parliamentarian. Rev Creasman‘s initial career after college was as an Electronics Engineer, working in the Aerospace Industry with Martin Marietta in Orlando, FL, then later at Westinghouse Electric in Athens TN and at the Clinch River Breeder Reactor in Oak Ridge TN prior to entering the education field in 1976. Carl taught for 28 years at the McMinn County Vocational Center where he taught Vocational Electronics, Computer Programming and Computer Repair. During his teaching career, Rev. Creasman was the SkillsUSA (formerly VICA) coordinator. His students enjoyed success as state and national officers and as competitors. 10 of the first 12 years of the SkillsUSA Quiz Bowl competition, his teams placed in the top 3 nationally. He lovingly served with SkillsUSA contests and training for over 50 years. Following his retirement from teaching in 2001, Carl continued serving as a technical consultant for the Tennessee SkillsUSA Secondary Association, providing chapter building advice and contest feedback to chapter advisors. In 2004, Rev Creasman became the first State Director for Tennessee SkillsUSA Postsecondary Association, retiring in 2012. He received numerous awards through education including Tennessee Distinguished Classroom Teacher in 2000, Tennessee SkillsUSA Advisor of the Year in 1993 and 1996, McMinn County Teacher of the Year in 1988 and 1998, National SkillsUSA Life Membership award in 2014, and the Athens Optimist Club Lifetime Achievement in Education award in 2001. Rev. Creasman loved baseball, devoted to his Los Angeles Dodgers, and college sports, especially Auburn University and the University of Tennessee. He invested a lifetime into computers and technology. Mostly Carl loved cheering on his grandchildren in their many endeavors and worshipping his God with his wife by his side. Memorial Services will be at First Baptist Church Tallahassee on Thursday June 3 at 4:00 pm with visitation to follow. Rev. Creasman will be interred in his hometown of Athens, TN. Memorial contributions can be made to the Sharon Melton Myers SkillsUSA Scholarship Fund or to the International Mission Board. Checks can be made out to: SkillsUSA with the memo line to read “In memory of Carl Creasman for the Sharon Melton Myers Scholarship Fund.” Mail to: SkillsUSA, Inc 14001 SkillsUSA Way Leesburg, VA 20176 Or, donate directly to SkillsUSA [hyperlink: https://www.skillsusa.org/get-involved/donate/skillsusa-mission-support] and add under tribute “in memory of Carl Creasman,” then list gift preference comment “to the Sharon Melton Myers Scholarship Fund.” International Mission Board donations can made out to IMB with the memo line to read “Jonathan Mason South Asia.” Mail to: International Mission Board 3806 Monument Avenue Richmond, VA. 23230 Or, donate directly to IMB [hyperlink: https://www.imb.org/give-now] and make the gift designation to “missionary or team,” name “Jonathan Mason,” and affinity “South Asia.” Susie Mozolic of Bevis Funeral Home is assisting the family with their arrangemens. (www.bevisfh.com 850-385-2193)

The family of Carl Edward Creasman created this Life Tributes page to make it easy to share your memories.

Carl Edward Creasman, 83, passed away at home to then enter his...

Send flowers to the Creasman family.