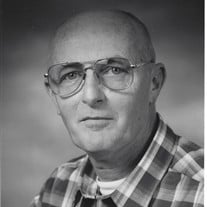 Charles “Chuck” Edward Darnell, Jr, 78, of Tallahassee, died January 12, 2022, after a brief but brutal battle with cancer. Born June 8, 1943 in Chesapeake, Virginia, Darnell was the son of the late Charles E. Darnell and Betty Elizabeth Darnell. He is survived by his wife of 59 years, Glinda Helen Darnell, and his daughter, Karen Darnell Murphy; son-in-law, Danny Murphy and grandchildren, Brenna and Michael (Ryan) Murphy, all of Tallahassee; his brother, David Allen Darnell and sister, Terrie Smith and a host of nieces and nephews. Darnell lived a life of service, enlisting in the Marines at the age of 17 and then, two years later, transferring into the Air Force, where he served for 20 years. He fought in Vietnam and earned many medals and recognition for valor and was later declared a 100 percent Disabled Veteran. Darnell and his small family lived in several places around the world during his military career, including Bermuda and Germany. He retired to Moody AFB, in Valdosta. Darnell’s service did not end with military retirement. In 1982, he began a new career in law enforcement, first working for Valdosta State College (now University), and then as the Chief Investigator with the Brooks County Sheriffs Office. He went on to create Decatur County’s first Drug Squad, serving as Drug Squad Commander and then returned to Brooks County. After a second attempt at retirement, Darnell felt called back into service following the terrorist attacks on 9/11. He served in security at the Tallahassee Regional Airport. Darnell’s gusto, vigor and kind-heartedness made him a beloved grandfather. In his later years, he and his dog, Buddy, were often spotted on his golf cart, visiting with neighbors. He also enjoyed a second home near Lake Burton, where he was an avid fisherman. Darnell will receive military honors during his funeral services on Friday, January 21 at 2 p.m. at the Tallahassee National Cemetery, 5015 Apalachee Parkway, Tallahassee. In lieu of flowers, the family encourages a donation to the Disable American Veterans in his memory at dav.org . Kelly Barber of Bevis Funeral Home (850-385-2193 or www.bevisfh.com) is assisting the Darnell family with their arrangements.

The family of Charles "Chuck" Edward Darnell, Jr. created this Life Tributes page to make it easy to share your memories.

Send flowers to the Darnell, family.