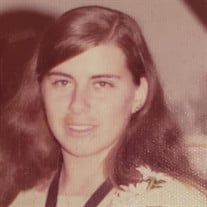 Cynthia Ann Finn, 67 of Tallahassee, Florida, passed away on Monday January 25, 2021. Cindy was born in Mount Vernon, New York on April 22, 1953. In 1957 she moved to Wilton Manors in Fort Lauderdale, Florida. She later attended Nova Highschool. She learned and loved to play the guitar at an early age. Played it beautifully too. She also mastered the trumpet. Was an outstanding member of the Fort Lauderdale Assembly Order of Rainbow for Girls, a service organization of the Masons. Attended Tennessee State University and was an avid fan of their football team. She belonged to Sigma Tau Alpha Sorority Tallahassee Florida where she attended Florida State University. Joined Leon County Sheriffs Office in 1988 as a dispatcher. Went to the Pat Thomas Law Enforcement Academy for Corrections standards and transferred to Leon County Jail as an Officer. Attended Pat Thomas Law Enforcement Academy for crossover standards to become a duel Certified Corrections/Deputy. She was an excellent marksman. She was medically retired after 17 years of service. During her retirement she helped rescue many homeless and needy dogs and puppies. She was a loving daughter, sister, aunt, and friend to many. She always had a kind word and some humor to cheer everyone she met. Especially for all the many healthcare workers and medical staff who cared for her. She was always ready to share her love of Jesus with others. She was predeceased by her father Robert Edward Finn, her mother Beulah Geiger Finn, brother Mark Finn and her twin girls. She is survived by her brothers, Robert (Mickey) Finn, Jeff Finn, J Finn, and sister Deirdre (DeeDee) Finn. She also leaves behind many nieces and nephews, Daniel Giesey, Deirdre Giesey, Melissa Cerny, Jared Finn, Jennifer Finn Savona, Amanda Finn Bond, Brian Finn, Elisa Finn Nash. Celebration of life will be held at Tom Brown Park off Conner Blvd at 2pm on Saturday February 20, 2021. She will be missed. Susie Mozolic of Bevis Funeral Home is assisting the family with their arrangements. (www.bevisfh.com 850-385-2193)

The family of Cynthia Ann Finn created this Life Tributes page to make it easy to share your memories.

Cynthia Ann Finn, 67 of Tallahassee, Florida, passed away on...

Send flowers to the Finn family.