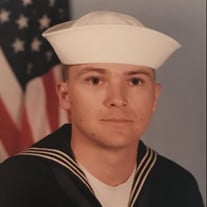 David Scott Hyder, 64, Oak Ridge, Tennessee, died July 10, 2021 in Knoxville, Tennessee after a long illness. He was born January 21, 1957 in Knoxville to James E. Hyder and Doris Langford Hyder. Dave grew up in Tallahassee, Florida, and graduated from Leon High School in 1975. He pursued education throughout his adult life, receiving a bachelor’s degree in physics, and he was a Certified Health Physicist. He was proud of his two tours in the US Navy as a “Navy Nuke,” after which he continued his government career at various facilities across the country, finally retiring from the Oak Ridge National Laboratory in Tennessee earlier this year. He had an affinity for fast cars and motorcycles, and may have gone over the speed limit a time or two. He was an avid reader of many genres. He also loved sports, and could almost always be found with a race, or game on the TV. He was a lifelong FSU fan. Dave is survived by his father, James E. Hyder of Los Alamos, NM, his daughters Elizabeth Laden (Ryan) of Atlanta, GA, and Catherine Hyder of St. Louis, MO, and four grandchildren: Andrew, Erick, Aurora, and Temperance, his sisters Carol Hyder Leon (Wes) of Tallahassee, Melissa Wisner-Felch (Kathy) of Lake Hopatcong, NJ, and Kristie Cardin (Bryan) of Alice Springs, Australia, and close friend Kelly Peace of Oak Ridge, who cared for him over the course of his long illness. Interment with military honors will be held at the Tallahassee National Cemetery on July 30, 2021 at 12:00 pm. Susie Mozolic of Bevis Funeral Home is assisting the family with arrangements. (www.bevisfh.com 850-385-2193)

The family of David Scott Hyder created this Life Tributes page to make it easy to share your memories.

Send flowers to the Hyder family.