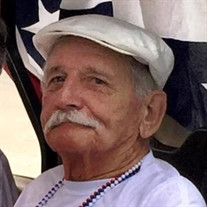 David Dean Neill, 90 years old, passed away on August 23, 2021. David was born in Rochester, New York to Joseph Charles Neill and Ruth Ellen Bowdey on June 15, 1931. David attended the Rochester School for the Deaf and graduated from high school at the Maryland School for the Deaf. David had a lifelong love of sports, playing on various high school teams and most notably on the 1949-50 Rochester School for the Deaf champion basketball team. He was a Boy Scout throughout high school, proud of his achievement as he kept his uniform and merit badges. Afterwards David attended Gallaudet College in Washington, D.C. majored in mathematics, played intramural sports and on the college tennis team, and met Helen Machen. David often told his children stories about working hard to woo their mother. Helen and David married the day after their graduation on May 29, 1956 on the terrace outside Chapel Hall at Gallaudet in a double wedding ceremony attended by family and friends. David spent most of his career employed as a software engineer at the NASA Goddard Space Flight Center in Greenbelt, Maryland. He was active in the Maryland Association of the Deaf, serving as president, and was also very involved in his sons’ little league sports activities. While David and Helen spent most of their adult lives in Maryland, they moved to Tallahassee in 2016 and quickly became Seminole fans. They also delighted in living nearby and playing with their great-granddaughters. David is preceded in death by his wife Helen, son James, his parents and stepfather (Jack Elliott), and his five siblings (Adrian, Warren, Roger, Arlene, and Winifred). Survivors include four children: Kathleen (Barry) Neill of Tallahassee, Thomas Neill of Sweden, Christopher (Tracy) Neill of Maryland, and Dennis Neill of Texas; ten grandchildren and three great-grandchildren. A memorial service for David will be held at a future date. Those who wish to offer condolences, share a story or leave a tribute may do so via his memorial page. Breanna Green of Bevis Funeral Home is assisting the family with their arrangements. (850-385-2193 or www.bevisfh.com)

The family of David Dean Neill created this Life Tributes page to make it easy to share your memories.

Send flowers to the Neill family.