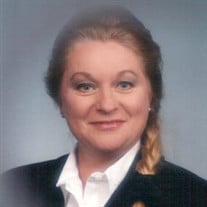 Diane Kathleen Hartle (née Schritz) of St. George Island passed away peacefully at home with her husband, James Hargrove, and other family members by her side on Sunday, December 27, 2020, after battling ovarian cancer since 2015. Diane was born Sept. 10, 1947 in Breckenridge, Minnesota, to John and Jeanette (née Kluck) Schritz. She grew up on a farm near Barnesville, MN. However, when Diane saw the Sputnik I satellite pass overhead in 1957, she decided that she wanted to become a scientist. She was cooking at a fishing lodge in northern Manitoba when Apollo 11 astronauts landed on the moon in 1969. As she was listening by short wave radio, three Cree Indians arrived and expressed disbelief because “that would really make the Moon goddess mad.” She attended high school at the Mt. St. Benedict Academy in Crookston and entered the College of St. Benedict near St. Joseph, MN, but won a National Science Foundation stipend to work in a laboratory at the University of Minnesota, where she completed her B.S. degree in Biochemistry in 1975 and entered graduate school. After earning a doctorate in Pharmacology from the University of Iowa, Diane moved with her family to Atlanta where she won a position as Assistant Professor of Pharmacology at Emory University School of Medicine. She worked with NASA experiments on Space Shuttle Columbia and Spacelab 3, and proved that during spaceflight, the heart releases a hormone that causes excretion of sodium by the kidney. In 1988, Diane was offered a faculty position at the University of Georgia, where she conducted research in cardiovascular neuroscience and taught graduate students. Prior to retiring in 2011, she conducted research on health benefits of Georgia muscadine grapes, becoming known as Madame Muscadine. Diane loved painting and gardening with plants that support birds and butterflies. She was able to continue both activities until late this year. She is survived by her husband, their daughter, Katharine (Hargrove) Phinney (James) and son, John Justin Hargrove (Linsey Murdock) and their children, as well as by sisters Pat Quinn, Mary Sue LeNoue, Wendy Harman and Stacey Khyn, plus brothers Jerry Schritz and John Jeffrey Schritz. In lieu of flowers, donations may be made to Mount St. Benedict Monastery, 620 Summit Ave N, Crookston, MN 56716. Diane requested that no memorial service be held. David Conn and Kimberly Crum are assisting the family www.bevisfh.com or 850-926-3333).

Diane Kathleen Hartle (née Schritz) of St. George Island passed away peacefully at home with her husband, James Hargrove, and other family members by her side on Sunday, December 27, 2020, after battling ovarian cancer since 2015. Diane was... View Obituary & Service Information

The family of Diane Kathleen Hartle created this Life Tributes page to make it easy to share your memories.

Send flowers to the Hartle family.