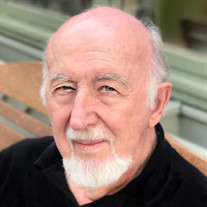 Donald Wayne Shuey, age 86, passed away peacefully on June 6, 2021 in Tallahassee, Florida where he resided for the last twenty years of his life. He was born on September 24, 1934 at his family’s farm in Eden Township, Ohio to parents Arlington Wayne Shuey and Martha Mary Steinle Shuey. He attended Melmore High School, where he participated in track, basketball and theater. Upon graduation in 1952, Don worked as a Junior Detail Draftsman at Fisher Body, a division of General Motors Corporation in Detroit, Michigan. He joined the United States Coast Guard in 1953 and served as an Electronics Technician Second Class in Miami, Florida; Puerto Rico; and Corpus Christi, Texas. Don was a proud veteran, serving until 1961 both actively and in the reserves during the Korean War and Vietnam War periods. Following his military service, he attended and graduated from the University of Detroit with a degree in Architecture and was an active member of the American Institute of Architects. While living in Detroit, Don met and married Mary Jane Ventittelli in 1965. They relocated to Bradenton, Florida to begin his career and start a family. After the birth of their first child, Michelle, Don and Mary Jane moved to Miami where they welcomed the addition of twins, Noelle and Nicole. Don founded his own successful architectural firm, Shuey & Associates, Architects, PA, through which he designed and built many distinctive private residences and commercial facilities, accomplishments in which he took great pride over the years. He moved his business and residence to Tallahassee prior to retirement. While living in Tallahassee, he and Mary Jane became longstanding parishioners at Good Shepherd Catholic Church, where Don cherished the support and fellowship of the church until his passing. He enjoyed numerous interests and hobbies throughout his life, including becoming a student pilot; traveling to destinations in Europe, North America, Central America, South America and the Caribbean; sailing his boat, Mirage; competitive sword fencing; clay shooting; carpentry; building model trains and kits; hunting; and both saltwater and freshwater fishing. Don also had a lifelong passion for trains, airplanes, automobiles and motorcycles. He channeled his love of reading and history into researching his family’s genealogy and authoring several historical novels, including his publication Hogger, a novel about life on the railroad. Don is survived by his loving wife, Mary Jane Shuey; daughters, Michelle Arutt (Jordan Arutt), Noelle Altamirano (Robert Altamirano) and Nicole Shuey (Mike Wiener); grandchildren, Travis Arutt, Emma Arutt, Sofia Altamirano and Isabella Altamirano; siblings, Allen Shuey and Ruth Ann Rupe (Richard Rupe); nieces, Ann Marie Yrigoyen and Kelly Carden; as well as many other family members, friends and business associates who will remember him fondly. Don is now reunited with his brother, Eugene Shuey (Pauline Shuey), who preceded him in death. A memorial mass will be held at Good Shepherd Catholic Church of Tallahassee on June 19, 2021 at 1:00 pm. (Livestream the mass at www.goodshepherdparish.org/funerals). Don will be interred at Tallahassee National Cemetery at a later date. In lieu of flowers, memorial contributions may be made to Big Bend Hospice of Tallahassee at www.bigbendhospice.org. Breanna Green of Bevis Funeral Home is assisting the family with their arrangements. (850-385-2193 or www.bevisfh.com)

Donald Wayne Shuey, age 86, passed away peacefully on June 6, 2021 in Tallahassee, Florida where he resided for the last twenty years of his life. He was born on September 24, 1934 at his family&#8217;s farm in Eden Township, Ohio to parents... View Obituary & Service Information

The family of Donald Wayne Shuey created this Life Tributes page to make it easy to share your memories.

Send flowers to the Shuey family.