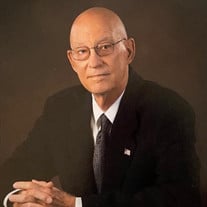 Franklin Wilson “Bill” Carraway Jr. passed away at home on October 30, 2021 of Tallahassee, Florida at age 87. He was born to Franklin Wilson Carraway, Sr and Caroline Lively Carraway (Polly) on November 12, 1933 in Tampa, Florida. Bill moved to Tallahassee at the age of 2. He attended Leon High School then went on to Florida State University with a B.S. degree in Business. He served in the United States Army and United States Coast Guard Reserves. Bill is survived by his wife Gayle Walker Carraway of 38 years and his children, Elisabeth Carraway Neilson (Steve), F. Wilson Carraway III (Jill), Edward Hill Carraway (Sharon), Caroline Carraway Sutton (Yancey), Kathi Carraway Taylor (Kevin). Bill is also survived by his children by marriage, Terry Shumann Singer (Howard) Mike Shumann (Margie), Noel Shumann, David Shumann (Amy), Gregg Shumann, and Marti Shumann Stirling (David). Bill has 18 grandchildren and 10 great grandchildren. Bill was active in the Tallahassee community his entire life. He was a member of the Marzuq and Jackson Lodge Shriners, past President of the Elks Club Tallahassee, past President of the The Rotary Club of Tallahassee, and past President of the Seminole Boosters as well as a founding member of The University Club. In addition, Bill was a board member of People’s Bank Tallahassee, Tallahassee Bank & Trust Company, and Farmers & Merchants Bank. Bill’s professional career included Carraway Outdoor Advertising Company, Tallahassee Coca Cola Bottling Company and Chairman of Farmers & Merchants Bank. He was a loving husband, father and grandfather. His life’s hobby was his family. Graveside service will be held November 3, 2021 at Roselawn Cemetery at 11:00 am. In lieu of flowers, donations can be made to Big Bend Hospice. The family appreciates the love and support of The Visiting Angels during his journey. Susie Mozolic of Bevis Funeral Home Is assisting the family with their arrangements. (www.bevisfh.com 850-385-2193)

The family of Franklin Wilson "Bill" Carraway created this Life Tributes page to make it easy to share your memories.

Send flowers to the Carraway family.