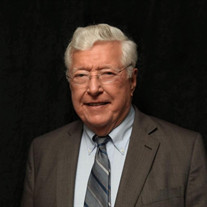 It is with great sadness that the family of Dr. Jacob Daniel Kimel, Jr. announce his passing on Thursday November 12, 2020 at the age of 83 in Tallahassee Florida from complications due to Covid-19. Born August 11, 1937 in Winston-Salem, NC, Dan was the oldest child of Jacob Daniel Kimel and Emily Nell Davis Kimel. After earning a Bachelor of Science in physics from the University of North Carolina at Chapel Hill in 1959, Dan continued his studies at the University of Wisconsin-Madison where he earned a Master of Science in physics in 1960 and a Doctor of Philosophy in physics in 1965. Dan moved to Tallahassee in 1966 and spent his professional career as a professor of physics at Florida State University, educating students for nearly four decades. Dr. Kimel contributed a number of articles to professional journals and co-authored books in relation to his areas of expertise, including “Superconductivity Revisited,” which was published in 2012. He was a fellow of the Woodrow Wilson Foundation and the National Science Foundation.  A High Energy Physics Research Grantee of the United States Department of Energy, he was also a recipient of an Excellence in Teaching Award in 1991. Throughout his career, Dr. Kimel was recognized for his contributions, including having had the J. Daniel Kimel Professorship of Physics named in his honor and ultimately retiring from FSU as Professor Emeritus in 2003. Dan was also a lifetime member of the United Faculty of Florida union and served as their president from 1996 through 2002. Dan enjoyed a very full life outside of his career. He had many talents and hobbies that he pursued with enthusiastic vigor. A love of music led him to membership in several bands throughout his lifetime. In later years, he enjoyed playing the tenor saxophone in The Thursday Night Music Club and the Capital City Band of TCC. He enjoyed sharing his love of music with others and deeply cherished the friendships he made. Dan was also an avid cyclist, birdwatcher, gardener, and prolific conservator of family genealogy. He was a patron of Birdsong Nature Center, where he spent many hours walking, observing, and relaxing in nature’s serenity and beauty. He was especially fond of growing camellias and heirloom roses and rarely missed a show or the opportunity to add to his collections. He is survived by his children Leslie (Rob MacGrogan), Kris, Jacob (Skye), and Karen (Matt Sugrue), and grandchildren Sophie and Jake Coppage, as well as his friend and companion, Ernestene Dreyer. He is also survived by his brother and sister, Michael Kimel and Joan Casey. In lieu of flowers, please consider donating to Birdsong Nature Center, 2106 N Meridian Rd, Thomasville, GA 31792. Susie Mozolic of Bevis Funeral Home is assisting the family with their arrangements. (www.bevisfh.com 850-385-2193)

It is with great sadness that the family of Dr. Jacob Daniel Kimel, Jr. announce his passing on Thursday November 12, 2020 at the age of 83 in Tallahassee Florida from complications due to Covid-19. Born August 11, 1937 in Winston-Salem, NC,... View Obituary & Service Information

The family of Jacob Daniel Kimel Ph.D. created this Life Tributes page to make it easy to share your memories.

It is with great sadness that the family of Dr. Jacob Daniel...

Send flowers to the Kimel family.