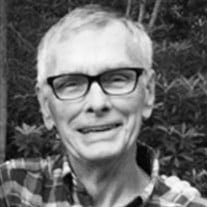 James Kenneth Brewer, age 85, died from heart failure on November 5, 2020 in Tallahassee. Ken was born in Louisville, Kentucky to parents Virginia and James Franklin Brewer. His father was a Baptist minister so Ken and his two brothers spent their youth in several towns in Arkansas and Tennessee, but lived longest in Columbia, Tennessee, where he graduated from high school and was a member of the state championship football team his senior year. He graduated from Ouachita Baptist University where he also played football all four years and met his wife, Mary Beth Routon. Ken went on to earn a Master’s degree in mathematics from Louisiana State University and, after serving in the U.S. Army, taught mathematics at North Georgia College and Louisiana Tech University before earning a PhD from Florida State University in Educational Statistics. He spent a post doctorate year at Stanford University, then joined the faculty of Florida State University where he began a 37 year teaching career. Ken taught Educational Statistics to graduate students, served as chairman of his department and assistant dean of the College of Education, authored statistical textbooks, and received a University Teaching Award. His love of teaching is exemplified by a statement from a former student who said “He was the most amazing stat teacher you could ever have had. I’d have never made it through without his clarity of teaching and his passion for the subject.” Ken was also an inveterate tinkerer, experimenter and inventor, and driven to be constantly busy with some project: building, creating or fixing something. He also enjoyed a lifelong passion for the outdoors and spent much of his free time caring for his wooded property in Georgia, and a beach house at Alligator Point. He is remembered most by those who knew him as a caring friend with a love for life, always ready to help with a project, ready with a funny story, light hearted advice, or a humorous anecdote. Ken is survived by his wife, Mary Beth Routon Brewer; children Mark Franklin Brewer (Mary), Barbara Brewer Dessommes (Mark), and Kent Routon Brewer (Barry); grandchildren, Justin Kent Brewer, Thomas Grayson Brewer; Hayden Brewer Dessommes, Carter Routon Dessommes, Hailey Elizabeth Brewer, and Brooke Elise Brewer; brother Robert Hall Brewer and several nieces, nephews, and cousins. Ken was predeceased by his parents and brother Luther Gordon Brewer. Memorial services may be held at a later date. Breanna Green of Bevis Funeral Home is assisting the family with their arrangements. (850-385-2193 or www.bevisfh.com)

James Kenneth Brewer, age 85, died from heart failure on November 5, 2020 in Tallahassee. Ken was born in Louisville, Kentucky to parents Virginia and James Franklin Brewer. His father was a Baptist minister so Ken and his two brothers spent... View Obituary & Service Information

The family of James Kenneth Brewer created this Life Tributes page to make it easy to share your memories.

Send flowers to the Brewer family.