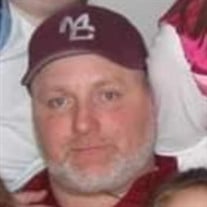 Joe Earl Robinson, II was born December 21, 1965 and passed away on January 23, 2021. He was preceded by his mother Margaret Robinson and father-in-law Bill Clark. Survivors included his wife of 31 years, Paisley Clark Robinson; their five... View Obituary & Service Information

The family of Joe Earl Robinson II created this Life Tributes page to make it easy to share your memories.

Send flowers to the Robinson family.