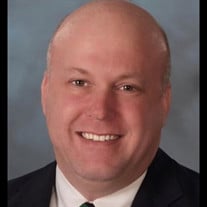 John Kuczwanski was taken from us on January 6, 2022 in Tallahassee Florida where he resided since 2001. John began his life in Buffalo New York to Marcia and John S. Kuczwanski on December 14, 1969. John and his family relocated to Coral Springs Florida when he was thirteen years of age. John attended J.P. Taravella High School, where he was loved by all, and from where he maintained friendships long after his high school graduation in 1988. John then attended the Florida State University in Tallahassee, Florida, where he was again loved by all who knew him, and from where lifelong friendships were built. Following his graduation from college in 1992, John found his calling in Florida politics. He was a longtime legislative aide to Representative and Senator Debby P. Sanderson, with whom he maintained a close relationship and spoke with regularly until his passing. John then began work for the State of Florida, where he remained until his passing, in his eventual position as External Affairs and Legislative Affairs Manager at the Florida State Board of Administration. He was again loved by all he worked with and was considered by his colleagues as a member of their family. It was while working as a legislative aide that he met his soulmate, Rebekah Church Kuczwanski. They were soon married and remained in Tallahassee with their children Jarred Alexander Salinero (23) and Hailey Kaitlyn Kuczwanski (19). John and Rebekah shared almost 20 wonderful years as husband and wife and were best friends. Family always came first to John. He let them know too. He ended every single call or visit with his wife and kids, his parents, and friends by saying, “I love you.” John’s family lived as John had always lived. Always taking on the care and well-being of others, and always being there for anyone in need. John is pre-deceased by his mother Marcia Kuczwanski and is survived by his loving wife Rebekah Church Kuczwanski, and the apples of his eyes, his children, Jarred Salinero (23) and Hailey Kuczwanski (19). He is likewise survived by his father John S. Kuczwanski, and stepmother Gena Kuczwanski of Coral Gables, Florida, a sister and brother-in-law, Kelly Kuczwanski (Wuis) and Richard Wuis, two nieces Brittany and Brianna Wuis, a step-brother and his wife Brian McDonald Eva McDonald of Geneva, Florida, a mother-in-law Linda Downing Church of Tallahassee, Florida, a brother-in-law, Glenn Church and his wife Linda Church, and a nephew Landon Taylor of Tallahassee, Florida. John is also survived by many lifelong friends. From his days in Coral Springs, attending Florida State University, and throughout his adult life. John’s closest friends were family to him. This extended family included his best friends whom he considered brothers and sisters. Some of these are Ian and Dawn Kravitz of Parkland, Florida; Barret and Heather Roosa of Tampa, Florida; David and Anna Irwin Tallahassee, Florida; and Noah McKinnon of Tallahassee, Florida, among countless others. John was the friend that you always knew was there for anything you could possibly need and would never expect anything in return. John was a gentle giant, a kind soul, a generous man with a heart of gold. He loved to play pranks on people and make them laugh, he was responsible, respected by all, reliable, and selfless. To know John was to love him, and all that did know him loved him dearly. He was taken from us much too soon and will be painfully missed and lovingly remembered forever by all who had the honor of sharing time with him. In lieu of any gifts, a page has been set up to raise money for psoriatic arthritis research and treatment. John suffered with that painful disease much of his life, and we know that this is a cause that he would enjoy supporting with his memory (www.justgiving.com/john-kuczwanski ). Kelly Barber of Bevis Funeral Home (850-385-2193 or www.bevisfh.com) is assisting the Kuczwanski family with their arrangements.

John Kuczwanski was taken from us on January 6, 2022 in Tallahassee Florida where he resided since 2001. John began his life in Buffalo New York to Marcia and John S. Kuczwanski on December 14, 1969. John and his family relocated to Coral... View Obituary & Service Information

The family of John Kuczwanski created this Life Tributes page to make it easy to share your memories.

John Kuczwanski was taken from us on January 6, 2022 in Tallahassee...

Send flowers to the Kuczwanski family.