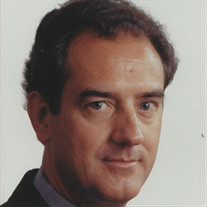 John Ernest Moerlins, 69, of Tallahassee, passed away on February 10. John was born on March 31, 1951 to John and Lois Moerlins in Detroit, Michigan. The family moved to Mt. Pleasant, Michigan when John was still in elementary school. After graduating from Mt. Pleasant High School in 1968, he went on to study business and economics at Central Michigan University. On December 15, 1973, the afternoon after their college graduation, he married Debbie (Whitcher). He landed his first job as a buyer for Wickes Lumber in Saginaw, Michigan. Following their wedding, three winters of snow and ice convinced John and Debbie to head for warmer climes and move to Tallahassee, Florida. They attended graduate school at Florida State University (FSU) where John earned a master’s degree in economics. John went to work for FSU and eventually became the director of the Center for Biomedical and Toxicological Research Institute for Cooperative Environmental Research. After his son Michael (Mike) and Rebecca (Becca) were born, Tallahassee became a permanent home. John’s job allowed him to travel abroad throughout Europe as well as Vietnam, Korea and Australia. His family was fortunate to be able to accompany him on several international trips. John also enjoyed playing tennis and bike riding. After retiring in 2011, John spent time traveling and playing golf. His favorite travel destination was Italy, particularly Rome. Several strokes made it difficult to pursue those activities, but he often caddied for Debbie and took up stationary bike riding. His children fondly remember his cooking and sense of humor. He was often active in his children’s extra-curricular activities, including assistant coaching baseball teams. John was predeceased by his parents. He is survived by his wife Deborah (Debbie) Moerlins, son Michael, daughter Rebecca, sister Elizabeth (David) Miller, brother Mike (Emily) Moerlins, grandchildren Lucy and Jack Moerlins, and many nieces and nephews. Private family services will be held at a later date. In lieu of flowers, memorial contributions may be made to Big Bend Homeless Coalition, Inc. www.bigbendhc.org 323 John Knox Road Building A, Tallahassee, FL 32303 Susie Mozolic of Bevis Funeral Home is assisting the family with their arrangements. (www.bevisfh.com 850-385-2193)

John Ernest Moerlins, 69, of Tallahassee, passed away on February 10. John was born on March 31, 1951 to John and Lois Moerlins in Detroit, Michigan. The family moved to Mt. Pleasant, Michigan when John was still in elementary school. After... View Obituary & Service Information

The family of John Ernest Moerlins created this Life Tributes page to make it easy to share your memories.

John Ernest Moerlins, 69, of Tallahassee, passed away on February...

Send flowers to the Moerlins family.