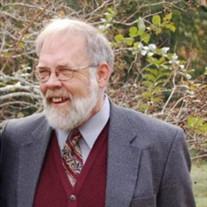 Joseph George Chulak, 74, of Tallahassee died on Friday, January 22 at the Big Bend Hospice House. Joe was the oldest of the six children of Jean and Joe Chulak, late of Tallahassee, as well. The greatest joys of his life came from his family. He is survived by his wife of 52 years, Nauko Celestino Chulak; his children, Kasiner (Tracy Pitt); Joey; Stephanie Carcaba (Matthew); Jamy (Vanessa); and Paul (Beverly). A bright spot to the end were his grandchildren, Ryan Chulak, Summer Pitt and Alex Ervin; Jackson, Lucy and Phillip Carcaba; Oliver and Penelope Chulak; Emilia Chulak and Alec Riley. Five siblings remain: Mary Chulak Higgins; Thomas Chulak (Nicole Furnee); Ellen Chulak; Laura Chulak Simmons (Steve); and Bill Chulak (Liz Gilman). Joe’s family was very large and he is survived by dozens of nieces, nephews, and close cousins. Joe was born on March 8, 1946 in Ann Arbor, Michigan and soon thereafter, the family moved to Tulsa, Oklahoma where his dad attended the University of Tulsa. His family was always on the move as his dad left college and joined the labor movement. During Joe's life, before he graduated from high school, he lived in Ann Arbor, MI; Tulsa, OK; Park Forest, IL; Joliet, IL; Lockport, IL; and Gary, IN, where he graduated from William A Wirt High School in 1964. After two years at Indiana University, Joe made the life changing decision to join the Peace Corps and, after training in Key West Florida, was sent to an atoll in the Eastern Caroline Islands in Micronesia where he served for two years. During his time in Micronesia, Joe met Nauko Celestino and later married her on July 6, 1968. They came back to the United States that summer and ended up settling for a year in College Park, MD where he attended the University of Maryland. He and his family then moved to Long Island so Joe could attend Old Westbury College, where one of the Chulak’s oldest family friends, Jerry Ziegler, was President. By then, Joe and Nauko had three children and at the end of their time on Long Island, they returned to Pohnpei, Micronesia, Nauko’s home. Joe and his family returned to the States again, for good, in the summer of 1974, with a total of five children and settled in Tallahassee. Joe’s work life took him from a stint as an ironworker during college summers to his service in the Peace Corp. He later worked for the Micronesian Government. After settling in Tallahassee, Joe ran an apprenticeship program for the Carpenter’s Union; worked at FSU in the Student Financial Aid Office, and ended his career at the Florida Department of Education, retiring in 2012. If you knew Joe, you are not at all surprised that he was one of a kind. He had a very wry wit and an incredible memory that, when combined with his humor, was unforgettable. There was nothing too sacred for Joe to wrap that wit around. Joe loved politics on a very deep and historic level. He also loved confusing every one with his delightful and somewhat cryptic sentences, which left you laughing even though you may not have always quite understood what he was getting at. Joe had a lifelong appreciation for artists at the edge, like his favorite, Leon Redbone. His kids say that Joe, as their father, “checked all the boxes that mattered,” and he was there for them when they needed him. Another of Joe’s loves was sports which was crucial to his identity. He encouraged each of his children to participate in sports and supported each of them in this endeavor. He was, according to some of his children, the “mystical” leader as a volunteer coach for many of those years. Joe was a natural athlete. He played many sports: baseball, football and basketball. He was good at all of them, but his love was basketball. His lay-ups seemed to be effortless and graceful. In high school, he was chosen to be the captain of the basketball team. Growing up with Joe as the oldest brother gave him a well-defined role as the leader of the pack and protector, especially for his eldest siblings. Joe was often the one who checked in when he knew his family was in bad health. He was a major anchor for all his siblings in far off places in the last years of their parents’ lives. Coffee at his mom and dad's house on Saturday morning was Joe’s treasured ritual. Joe was wonderful, sensitive, stubborn, quiet, funny, intelligent and quirky. Did we mention he was stubborn? His kind comes only along every once in a while. Those who walked along the path with him knew that. He will be deeply missed. If you would like to be part of an online memorial, please email [email protected] Memorial contributions may be made to: https://bigbendhospice.charityproud.org/Donate Big Bend Hospice 1723 Mahan Center Blvd. Tallahassee, FL 32308 Susie Mozolic of Bevis Funeral Home is assisting the family with their arrangements. www.bevisfh.com 850-385-2193)

Joseph George Chulak, 74, of Tallahassee died on Friday, January 22 at the Big Bend Hospice House. Joe was the oldest of the six children of Jean and Joe Chulak, late of Tallahassee, as well. The greatest joys of his life came from his family.... View Obituary & Service Information

The family of Joseph George Chulak created this Life Tributes page to make it easy to share your memories.

Send flowers to the Chulak family.