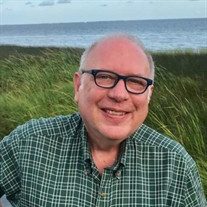 Kevin Paul Begos, Jr. Mayor of Apalachicola, Florida passed away Saturday, June 19 at Tallahassee Capitol Regional Medical Center. Born to US Navy parents in Marseilles, France, he went on to live a rich and fulfilling life of world travel, culture, simple pleasures and moral character. He studied creative writing at Bard College when, during this time, he often performed at the legendary New York music venue CBGB’s as the lead singer of the short lived band The Twilights, who’s song “ I Wore My Heart on My Sleeve til You Chopped oﬀ My Arm” has been lost to obscurity. It was also during this time that Kevin began his career in fine art publishing with, now renown, artist Michael Haﬀtka and continued with many others including Si-Fi legend William Gibson with whom Kevin conceived and published Mr Gibson’s poem “Agrippa”, one of the first digital books ever produced. The archive of his papers on the Agrippa Project are part of the permanent collection of the Bodleian Library at Oxford University. Other writers and artists who collaborated with Kevin include Michael Brodsky, Joel-Peter Witkin, Joseph Mitchell and many others. A passion for fresh seafood brought Kevin to Apalachicola in the mid 1990’s where he has owned a home for many years. It was in Apalach that he began his career as a journalist beginning as a reporter for the Apalachicola Times and going on to win awards for his work in the Winston Salem Journal, The Associated Press and Duke University. His landmark series in North Carolina “Against Their Will” helped to enact the first legislation in the United States to compensate victims of forced sterilization and prompted an apology from the governor. His book, “Tasting The Past, One Man’s Quest to Discover (and Drink) the World’s Original Wines”, was published in 2018, won the Florida Book Award for non fiction and has been called “the defacto standard for teaching wine history” by the Philadelphia Wine School. Throughout the years of travel and success it was always Apalachicola that was heart and home for Kevin. An active member of the community, helpful neighbor, and colorful character, he was known as a deeply moral man with a love of good food and for a good cause. Kevin represented the Apalachicola seafood industry in a professional capacity for many years, bringing their concerns to the State Capitol and all the way to the floor of the United States Congress. He was also proud to be a lighthouse keeper at the St George Lighthouse, a docent at Apalachicola’s Orman House and John Gorrie Museum. His deep connection to Apalachicola and his unique background made him a strong leader in his role as Mayor. He guided his city through the devastation of Hurricane Michael and then the COVID-19 pandemic. But it was the city’s fiscal disaster that brought him to the campaign trail and brought out voters. A promise he made and fulfilled to rescue Apalach from financial ruin is what will be the most durable achievement of his brief term as Mayor. Kevin’s sudden death leaves behind his mother, Jane Richardson of Apalachicola, his sister Cassandra Begos of New York, cousins, relatives, collaborators, friends, enemies, neighbors and an entire city in disbelief and sadness. Kevin Paul Begos, Jr 1958-2021 He had a messy house but a beautiful mind. Memorial service to held Sunday, June 27, 2021 5:00 PM Chapman Auditorium 155 Avenue E Apalachicola, FL 32320 The service will be livestreamed via the City of Apalachicola Facebook page: www.facebook.com/cityofapalachicola Susie Mozolic of Bevis Funeral Home is assisting the family with their arrangements. (850-385-2193 or www.bevisfh.com)

The family of Kevin Paul Begos, Jr. created this Life Tributes page to make it easy to share your memories.

Send flowers to the Begos family.