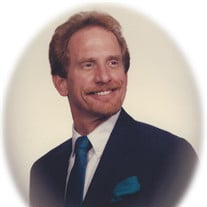 Lance David Scalf (78) passed away on February 25, 2021. He was born January 20, 1943 to Dorothy and Vernon Scalf in Goshen, Indiana. His family later moved to Metaline, Washington where he grew up. In his youth, Lance spent his summers on his grandparents’ farm in Iowa. There he learned to love the land and developed a serious work ethic. Lance was an Eagle Scout and the Valedictorian of his high school class. He attended Central Washington University where he received his degree in history. Later he attended Florida State University where he received his Masters and PhD in counseling and psychology. Serving in the Air Force was a life-changing event. His service in Viet Nam and Thailand created a deep passion for veterans and for the love of his country. Lance attained the rank of Captain. Lance often said that his life really began when he met Heidi, his wife of almost 50 years. Their love was deep and filled with respect. The Scalfs had one daughter, Heather. Heather was a source of wonder to her father. He enjoyed each of her “developmental stages.” Their relationship was special. He loved Heather first as a dad and guided her with his heart and his wisdom. Professionally, Lance was a whirlwind. He started some significant programs in Tallahassee such as Turn About, the drug and rehab center, and the Vet Center. After 43 years as a practicing psychologist he retired. Lance helped many people during those years. He listened well and cared deeply. Lance was always there to help them through their issues. Lance’s special gift was teaching. For many years he taught a popular parenting class at Faith Presbyterian Church. Many young adults in Tallahassee were raised with some of Lance’s tips. Training the staff at Chattahoochee State Hospital and teaching graduate counseling classes at Troy University were part of his resume. Lance was unique and special. His charm and wit will be missed. His parents and two brothers, Larry and Michael, preceded him in death. He is survived by his wife Heidi of Tallahassee and his daughter Heather of Fort Worth, Texas. There will be no service due to COVID concerns. In lieu of flowers, memorial contributions can be made to Faith Presbyterian Church: www.faithpcusa.org/give Breanna Green of Bevis Funeral Home is assisting the family with their arrangements. (850-385-2193 or www.bevisfh.com)

Lance David Scalf (78) passed away on February 25, 2021. He was born January 20, 1943 to Dorothy and Vernon Scalf in Goshen, Indiana. His family later moved to Metaline, Washington where he grew up. In his youth, Lance spent his summers on... View Obituary & Service Information

The family of Dr. Lance David Scalf created this Life Tributes page to make it easy to share your memories.

Send flowers to the Scalf family.