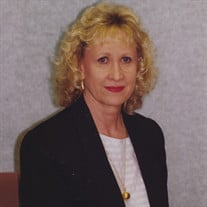 Linda M. Rigot Peterson unexpectedly passed September 9, 2021. Born November 4, 1943 in Cleveland, Ohio. She is survived by her beloved husband, Barry Peterson, to whom she was devoted, and her sisters, Sherrill Rigot Marks and Leah J. Rigot. She was predeceased by her parents, Ray J. and Marge Rigot, and her sister, Sandra Rigot Whelchel. Linda received her Juris Doctor, cum laude, in 1969 from the University of Miami School of Law. She was a member of the Honor Society, Phi Kappa Phi. She received a Meritorious Service Award from the Society of Bar and Gavel, in addition to being inducted into the Society of Wig and Robe. Linda also received an award for Law Review Service 1968-1969. In 1969, Linda was admitted to the practice of law in Florida by the Florida Supreme Court. She was a member of the American Bar Association. She received a United States District Court, Southern District of Florida’s Award for Distinguished Service. In 1970, Linda was admitted to the United States Court of Appeals, 5th Circuit. Linda moved to Tallahassee in 1980 where she was an Administrative Law Judge of the Florida Division of Administrative Hearings until 2010. She had jurisdiction over Chapter 120 Florida Statutes cases. Some of Judge Rigot’s many activities, awards, degrees, and accomplishments (both before becoming a judge and as a judge) are: In 1995, Judge Rigot received the Florida Bar Association (FBA) Administrative Law Section’s Award for Service as Chair-Elect of the Section Activities Publications Committee, and also received an Outstanding Leadership Award as Chairwoman the following year. In a special ceremony in 1996, Governor Lawton Chiles recognized “her leadership as Chair of the Administrative Law Section of the Florida Bar and her personal hard work securing support for the bill creating the modern Administrative Procedure Act” (APA). In 2007-2008, Judge Rigot chaired the Appellate Rules Review Committee regarding administrative law appeals. She chaired the Uniform Rules of Procedure Review/Amendment Committee which resulted in the adoption recommended amendments in 2013. Judge Rigot was chair of the Steering Committee for the Florida Bar’s most recent Administrative Practice CLE volume. She received, with good humor, a special award for her role as the” APA Police.” After her retirement, Judge Rigot contracted with the Division of Administrative Hearings and the Administrative Law Section of the Florida Bar to monitor and evaluate Florida House and Senate bills that would potentially affect the APA and practice before the Division of Administrative Hearings. The family is receiving guests for a visitation at Bevis Funeral Home of Tallahassee (200 John Knox Rd.) on September 17, 2021 from the hours of 6:00 PM - 8:00 PM. There will be a Requiem Mass at Immaculate Heart of Mary Roman Catholic Mission located at St. Andrew Church (401 Timberlane Rd., Tallahassee, FL) on September 18, 2021 at 4:00 PM. Donations may be made to any charity of your choice in lieu of flowers. Breanna Green of Bevis Funeral Home is assisting the family with their arrangements. (850-385-2193 or www.bevisfh.com)

Linda M. Rigot Peterson unexpectedly passed September 9, 2021. Born November 4, 1943 in Cleveland, Ohio. She is survived by her beloved husband, Barry Peterson, to whom she was devoted, and her sisters, Sherrill Rigot Marks and Leah J.... View Obituary & Service Information

The family of Linda M. Rigot Peterson created this Life Tributes page to make it easy to share your memories.

Send flowers to the Peterson family.