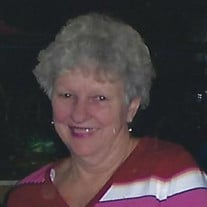 Mary Harvey, born on September 2, 1934, passed away on January 12, 2021, at the age of 86 from complications due to pneumonia. She was predeceased by her husband of 42 years, Ellsworth Harvey. Survivors include her daughters, Mary Ellen Mirkinson Cassidy (Jonathan Boyaval), Laura Mirkinson Dodson (Tony) and Sarah Mirkinson Holt. Mary loved her grandchildren, Mac Ogden and his wife, Kristen; Maggie Ogden; Toj Cassidy; Brigit Yown and her husband, Kent. Great Grandchildren are Hudson Ogden, Jaxon Ogden, Waylon Colman and Wyatt Yown. She is also survived by her sister and brother-in-law, Joan and Ernie Reddick of Alabama, and nieces and nephews. Her caretakers and dear friends, Johnny Woody who was with her for 14 years, and Latrese Webster, held a very special place in her heart as well as ours. Mary graduated with honors from Chattahoochee High School in 1952. She was also crowned Miss Chattahoochee in 1951. She worked for several state and federal agencies, retiring from the Federal Highway Administration in 1990 where she received several awards, including Secretary's Award for Excellence presented to her in 1986 in Washington, DC, by Elizabeth Dole, then U.S. Secretary of Transportation. She loved her family and her furry friends, including dogs, cats and racoons, but especially the dogs. She never met a stranger and kept every friend she ever had. She will be missed. Mary will be laid to rest in a small family service at a later date at Mount Pleasant Cemetery next to her parents, Mr. and Mrs. Roy L. Colquett. David Conn and Kimberly Crum with Bevis Funeral Home of Crawfordville are assisting the family with arrangements. (850-926-3333, www.bevisfh.com)

Mary Harvey, born on September 2, 1934, passed away on January 12, 2021, at the age of 86 from complications due to pneumonia. She was predeceased by her husband of 42 years, Ellsworth Harvey. Survivors include her daughters, Mary Ellen Mirkinson... View Obituary & Service Information

The family of Mary Godwin Harvey created this Life Tributes page to make it easy to share your memories.

Send flowers to the Harvey family.