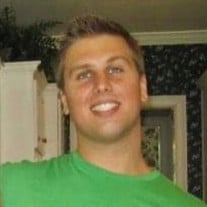 Matthew Thomas Heinz, 39, passed away unexpectedly on February 20, 2022. Known to most as “Matt,” his football buddies and coaches affectionately called him “Heinz.” Always the joker, Matt made people laugh with his quick wit and broad smile. Unusually intelligent, he awed those who watched Jeopardy with him, consistently answering entire categories correctly. Matt was born in Louisville, KY, and lived in Denver, CO for the first two years of his life. At the age of two, his parents piled him, his baby brother, and their chocolate lab into a van and moved to Tallahassee. No parents could have been prouder of their first-born. Not only was he quick to learn, but he was quick to grow, too. Matt grew to 21 lbs at 4 months old and never slowed down. As all who knew him predicted, he was destined to play football. Tackle football began for Matt at 9 years of age when he joined the Timberlane Raiders city league. Matt’s size and aggression cleared a path for many running backs. By 7th grade, he was selected to the high school varsity football team. Matt played in five State Championship games, won four, and ended his high school career winning his last State Championship in Ben Hill Griffin Stadium in Gainesville! Almost all Division I colleges wanted Matt to play for them, but he was a Seminole at heart. He chose to stay in his hometown and play for the iconic Coach Bobby Bowden. Matt won “Scout Team Player of the Year” his freshman season, an honor given by the coaches and teammates to the player whose hard work and determination best prepares his teammates to play each week. These attributes combined with his physical stature and natural gift for the game made it no surprise that Matt was one of only two freshmen chosen to speak with professional scouts. He was the first among his peers in the #1 nationally ranked recruiting class to get playing time. As a sophomore, Matt bulked up to 6’5” 302 lbs. Unfortunately, he herniated a disk in his back, and despite a valiant effort to return to the field after surgery, the risk of re-injury was too great. After graduation from FSU, Matt worked with his parents at Heinz Nurseries. He later opened and operated his own landscaping business before moving on to other pursuits in Jacksonville. Matthew is survived by his parents, Tom and Mary Heinz; brother, Roger Heinz (Susan); sisters, Kerry Heinz Mabbett (Jack), Nicole Heinz Smith (Tyler); grandparents Jed and Sue Heinz; and many aunts, uncles, and cousins. A private ceremony is being held for family and close friends. You may call family members for details. Memorial contributions in his name can be made online to a local support organization: Kearneycenter.org. Breanna Green of Bevis Funeral Home is assisting the family with their arrangements. (850-385-2193 or www.bevisfh.com)

Send flowers to the Heinz family.