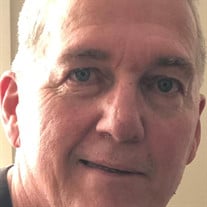 Michael Stowell of Hammonton, New Jersey, passed away on February 5th, 2022, in Tallahassee, Florida after a difficult battle with Parkinsons and Dementia. Michael was born on May 13, 1959 to Charles A. Stowell and Patricia A. (Mangione) Stowell in Camden, New Jersey. After graduating from Eastern High School in Atco, New Jersey in 1977, he went on to study at Camden County Technical School in Sicklerville, New Jersey. After graduation, he obtained his Boiler and Pressure Vessel license from the state of New Jersey and maintained it for 37 years. He joined the International Union of Operating Engineers Local 68, AFL-CIO in 1999 and was a member for 22 years. On February 16, 1985 he married Debbie Milazzo, and they have three children: Jeffrey Michael Stowell, Jessica Lynn Stowell, and Jennifer Lauren Stowell. Mike was a hustler, determined to provide for his family and give them the life he felt they deserved. His family meant more to him than anything else in the world, something he often mentioned. He was unendingly proud of his children and always tried his best to support them. Mike was also a passionate skilled woodworking craftsman and could often be found in his self-built workshop building wishing wells, lighthouses, and birdhouses. Besides his main career as an Operating Engineer, he had his own business, Stowell's Home Improvements where he provided home repairs and remodeling. His hobbies included fishing, hunting, spending time with family, as well as coaching his son's little league team. Anyone who knew Mike knew that he was the most loving father and a brother anyone could ask for. Michael was predeceased by his father Charles A Stowell, mother Patricia A. Stowell, sister Lisa (Stowell) Tillett , and his twin sister, Michelle (Stowell) Rahrer. He is survived by his children Jeffrey (Jessica) Stowell, Jessica Lynn Stowell, and Jennifer Lauren Stowell. One grandson Gavin Jay Stowell, and mother of his children, Debbie Milazzo. His siblings Charles (Barbara) Stowell , Paul (Rose) Stowell, Allen (Christine) Stowell, and Bruce (Amy) Stowell as well as many nieces and nephews. The family requests that in lieu of flowers that donations be made as a tribute gift in Michael's name to the Parkinson's Foundation https://www.parkinson.org/ Parkinson's Foundation, 200 SE 1st Street, Suite 800,Miami, FL 33131 A celebration of Mike’s life will be held at a later date. Todd Wahlquist with Bevis Funeral Home (850-385-2193, www.bevisfh.com) is assisting the Stowell family with their arrangements.

Michael Stowell of Hammonton, New Jersey, passed away on February 5th, 2022, in Tallahassee, Florida after a difficult battle with Parkinsons and Dementia. Michael was born on May 13, 1959 to Charles A. Stowell and Patricia A. (Mangione) Stowell... View Obituary & Service Information

The family of Michael Stowell created this Life Tributes page to make it easy to share your memories.

Michael Stowell of Hammonton, New Jersey, passed away on February...

Send flowers to the Stowell family.