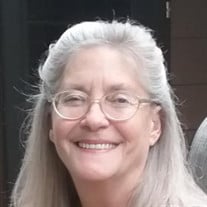 Naoma “Ruth” Irons (Malone), 67, of Orange, TX passed away peacefully in her sleep on January 8, 2022. Ruth was born in Orange, TX to Cynthia Antoinette (Hill) and James Vernon Malone. She had four siblings, and was affectionately known as “Sister” to them. After meeting and marrying Thomas “Mike” Irons, they lived in different areas throughout the country, until they settled in North Texas for the majority of their lives. A few years ago, they relocated to Crawfordville, FL to be closer to their sons, and their family. Ruth and Mike were married for 44 years and were best friends. You often saw them still holding hands and laughing together. Ruth made it her job in life to raise their 3 children, Colin, Kelley, and Kasey, who they loved dearly. Family was their biggest reason for living, and the Irons family is very close. Before Ruth’s passing, she got to meet and spend time with her two grandchildren, Sawyer and Ezra, and her heart was full seeing her family grow. In addition to loving her family, Ruth loved animals, nature, and plants. One of her biggest hobbies was following wildlife on web cams and sharing their story. Mike and Ruth adored their dog, Zeke (who looks like a wolf), and most people who didn’t know her personally, saw her walking Zeke in the park on a weekly basis. Ruth loved deeply and would have done anything for anyone. Her smile could light up any room and her laugh was contagious. She will be missed by many. Ruth is survived by her husband Thomas Michael Irons, mother Cynthia Malone Tuter, son Michael “Colin” Irons and wife Charlotte Irons and their son Sawyer, daughter Kelley Nicole DiGiacomo and husband Anthony DiGiacomo and their son Ezra, son James “Kasey” Irons and wife Jessica Smith, brother Huey Malone and wife Jill, sister Molly Malone and Trudy Malone, brothers-in-law Dan Shuford, Jack Shuford and wife Sharon, sister-in-law Karol Irons Cook and husband Thomas Cook. Ruth was preceded in death by her sister Julie Dugas and husband Jimmie Dugas, and her father James Malone, step-father “Tuter”, and brother-in-law Stan Armstrong. A celebration of life will be held in the future, in Texas. In lieu of flowers, donations can be made to the Hancock Wildlife Foundation under “Adopt a Nest” at https://hancockwildlife.org/campaigns/adopt-a-nest/ Please include her name so that the nests can be tracked. (This is a Canadian-based organization, so is only tax-exempt in Canada.) A Celebration of Life will be held in Texas at a later date. David Conn and Kimberly Crum with Bevis Funeral Home of Crawfordville are assisting the family with arrangements. (850-926-3333, www.bevishfh.com)

Naoma &#8220;Ruth&#8221; Irons (Malone), 67, of Orange, TX passed away peacefully in her sleep on January 8, 2022. Ruth was born in Orange, TX to Cynthia Antoinette (Hill) and James Vernon Malone. She had four siblings, and was affectionately... View Obituary & Service Information

The family of Naoma Ruth Irons created this Life Tributes page to make it easy to share your memories.

Send flowers to the Irons family.