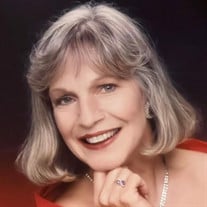 On November 2, 2021, Patricia “Patti” Louise Snyder died peacefully in her Tallahassee home, surrounded by her husband of 52 years, Robert “Dr. Bob” Snyder. And her daughters Kristen, Katie, Lindsey, Theresa and Susanna in person and her daughter Kelly in spirit. Patti is also survived by her nine grandchildren, Eli, Jude, Jonah, Theo, Asher, Davis, Kelly Claire, Sayler and Leyna—her brother Keith (and his wife Phyllis) Svane. She is celebrated by a large and loving extended family of Snyders, Svanes, Stepps, Stewarts, Lewises, Collinses and Giglios. She was preceded in death by her parents Jack and Betty Svane, her brother Tommy, and her daughter Kelly. Patti met Bob as the sweetheart of Pi Kappa Phi at the University of Florida where she majored in engineering. From there, she would go on to be an early pioneer of computer programming for Eastern Airlines while supporting Bob through medical school at the University of Miami. After Bob graduated med school and finished his residency, the two moved to Tallahassee with three kids in tow, while pregnant with two more. There, she took great pride in raising her six, fiercely independent, daughters. In 1989, Patti was diagnosed with MS. And while the disease slowly claimed her body and mind, not once did she complain about the challenges it created for her. Instead, she was known for her “award-winning” smile and a love of snapping her fingers to her favorite songs. She was a carpool genius, an extracurricular-activity-scheduling extraordinaire, and she was always quick to offer tender hugs for big tears. Patti had a talent for making deep and meaningful connections with other women and mothers, building a tremendous community filled with lasting relationships. She never met a stranger, she was dear friends with every bag boy at Publix and she somehow managed to make sure the many mouths in the Snyder household were always fed thoughtful and delicious home-cooked meals. Through her final days, she showed her devotion to the love of her life, Bob, with a smile that could light up the room. She was so proud of her husband, and took every opportunity she could to describe how “he cares” to anyone and everyone who would listen. Patti was supported in her final decade through the unfailing support of Catherine “Cat” Griffin. And her final few months were made more comfortable by Big Bend Hospice and Denise’s Elderly Care. Her amazing legacy will endure through her six daughters who are so grateful for the life she lived in service to her family. A legacy that will continue through generations in the way her daughters raise Patti’s amazing grandchildren. In lieu of flowers, donations can be made to the "Kelly Snyder Scholarship Fund" at Young Actors Theater. You can make donations online through the link on this website: https://www.youngactorstheatre.com/donate-today.html The funeral will be held on November 8, 2021 at 4 PM at Good Shepherd Parish. For those unable to make it, the event will also be livestreamed through the Good Shepherd Parish website: https://goodshepherdparish.org/livestream Susie Mozolic of Bevis Funeral Home is assisting the family with their arrangements. www.bevisfh.com (850-385-2193) “She was timeless.”

The family of Patricia "Patti" Louise Snyder created this Life Tributes page to make it easy to share your memories.

Send flowers to the Snyder family.