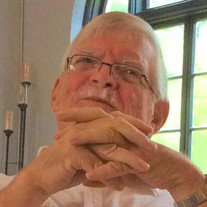 Paul Wallace Byrd, Jr. left this life on November 19, 2020 at 70 years of age. He was born on August 24, 1950 in Deland, FL. He was predeceased by his father, Paul Wallace Byrd, Sr., his mother, Bonnie Johnson, and his grandmother, Alice Crabtree Byrd, whom he adored. He is survived by Deborah Barineau Byrd, with whom he had a son, Paul Wallace Byrd, III (Lisa) and his grandchildren who provided a twinkle to his eyes, Cassidy Jeane Byrd, Paul Wallace Byrd, IV, and Jesse Daniel Byrd. He is also survived by Gale Allbritton, his best friend and life partner. Paul was loved in a very special way by all of us and so many more. Paul was a master electrician and skilled in all aspects of construction. He began a career with the Leon County School District in 1985 as Director of Maintenance three days prior to Category 1 Hurricane Kate hitting Tallahassee. During that time, he provided direction and leadership to comply with marshal law and repair damages that exceeded $20 million to the Leon County School system properties. In 1991, he became Director of Construction and moved into the Executive Director of Facilities Planning and Construction position in 1996. He was assigned to the position of Assistant Superintendent in 2006 where his responsibilities included oversight of maintenance, transportation, small business development and warehouse departments, which involved oversight of an approximately $10 million dollar budget and management of approximately 400 employees. Paul was also responsible for community projects as assigned by the Superintendent. One of those projects was development of a review team, processes, and referendum preparation for passage of a half-penny sales tax for capital improvements to the local school district. The referendum was approved by 68.7% of the voters in Leon County. During his tenure, he was part of a team that implemented over $1 billion worth of capital improvements to school facilities, all the while assuring fair distribution of work throughout an economic recession to assure more local businesses had the opportunity to maintain an income and to keep people employed. Paul was known for his skill of diplomacy and for getting things done. He was most committed to providing equitable and quality educational services to children in the school district and community. While his career was impressive, what he gave to others is his most notable accomplishment. He always took care of those who could not take care of themselves. At his own expense, he would often fill his truck with toys and food to distribute them to needy children on Christmas and discretely did so much more throughout the year. Paul gave of himself unconditionally. His heart was large and soft; he was never able to turn his back on anyone in need. His life’s philosophy was live and let live, but he wanted to make sure everyone had a fair opportunity to do so. Paul made the world a better place. His heart is now at peace and our hearts bear the emptiness he has left. We rejoice that he was a presence in our lives and that we will one day join him again in eternal happiness and love. Due to concerns about the spread of Covid-19, his family and close friends will hold a small, private service in celebration of his life. A memorial service will be announced for a future date. In lieu of flowers and to honor Paul’s dedication to giving, please make donations for the kids to the Foundation for Leon County Schools, Admin East Building, 2757 W Pensacola Street, Tallahassee, FL 32304. Cards can be sent to his loved ones in care of Bevis Funeral Home, 200 John Knox Road, Tallahassee, FL 32303. Kelly Barber of Bevis Funeral Home (850-385-2193 or www.bevisfh.com) is assisting the family with their arrangements.

Paul Wallace Byrd, Jr. left this life on November 19, 2020 at 70 years of age. He was born on August 24, 1950 in Deland, FL. He was predeceased by his father, Paul Wallace Byrd, Sr., his mother, Bonnie Johnson, and his grandmother, Alice Crabtree... View Obituary & Service Information

The family of Paul Wallace Byrd Jr. created this Life Tributes page to make it easy to share your memories.

Send flowers to the Byrd family.