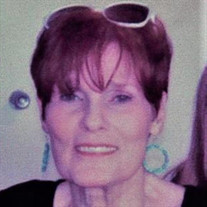 Phyllis Fetherston, age 85, passed away on February 25, 2022 in Tallahassee, Florida where she spent the last 30 years of her life. She was born in Tundra, Texas (now part of Canton, Texas) in the mid 1930's. She was adopted and raised by her aunt and uncle, along with her two brothers in Tundra, Texas. She and her brothers were heavily influenced by their aunt and uncle's strong work ethic, business acumen, determination, and respect for others. She attended Southern Methodist University (SMU) in Dallas, Texas in the early 1950's. While there, she learned her true passion was in the fashion world and pursued a career in the fashion industry. Phyllis passionately fulfilled many roles in the fashion industry as a buyer, consultant, department manager, senior executive, fashion model, visual merchandiser, and eventually, as a wholesale and retail business owner. She worked with Neiman-Marcus, Sanger-Harris, Marie Levell, and many other retail firms over the years before opening her own fashion retail store in the mid-1970's. After closing the retail operation in 1984, she decided to venture into the wholesale market. She opened her first designer wholesale showroom in 1985 in Dallas, Texas which eventually expanded into two more showrooms in Atlanta. Georgia and New York City. New York. Phyllis retired from the fashion industry in the early 1990's. Although fashion was her passion, family was paramount to Phyllis. She was a devoted wife to her late husband, Ray C. Fetherston, a doting mother to her son, and loving friend and mentor to her daughterin-law. A loving soul with a sharp wit to match, Phyllis could tell a story that entertained and engaged people everywhere she went. Throughout her life, she was a source of encouragement, knowledge and compassion to those she befriended and mentored. Phyllis leaves behind her loving son, John Fetherston, and daughter in-law, Elizabeth Fetherston. She is now reunited with her husband of 52 years, Ray C. Fetherston, who preceded her in death in 2008. A committal service for Phyllis and Ray will be held at Tallahassee National Cemetery on Friday, April 29, 2022 at 12:00 p.m. In lieu of flowers, memorial contributions may be made to In Touch Ministries. Breanna Green of Bevis Funeral Home is assisting the family with their arrangements. (850-385-2193 or www.bevisfh.com)

Phyllis Fetherston, age 85, passed away on February 25, 2022 in Tallahassee, Florida where she spent the last 30 years of her life. She was born in Tundra, Texas (now part of Canton, Texas) in the mid 1930's. She was adopted and raised by her... View Obituary & Service Information

Send flowers to the Fetherston family.