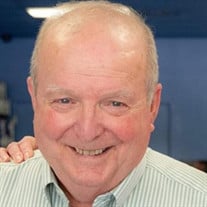 Ray Bailey Munroe, Sr., 86, died peacefully surrounded by family in Tallahassee, FL on January 27, 2021. Ray was born on January 20, 1935 in Quincy, Florida. He was the third of seven children. Ray had a happy childhood and learned to work hard at a young age. He played football at Quincy High School where he graduated in 1953. He was a member of Kappa Alpha fraternity and graduated from Florida State University in 1957 with a bachelor’s degree in business management. Ray also spent a many years serving in the National Guard. Fueled by entrepreneurial spirit, love, and desire to build a better future for his family; Ray, along with his wife, Peggy, purchased Mays Electric appliances. They renamed the company Mays-Munroe and reopened under the new name in January 1974. Ray and Peggy are probably best known for their humorous marital spats in their iconic “in the dog house” commercials. Not only was Ray a successful businessman, he was also very involved in the community. He was a longtime member and past president of the Lions Club where Ray helped raise money for the blind. He was also a past president of the Westside Business Association as well as a long-standing member of the Northeast Business Association. Ray, along with his family, raised an impressive sum of money over the years for the Ray Munroe, Jr. PHD endowment benefitting the Heart & Vascular department at Tallahassee Memorial HealthCare. Ray was an avid bird lover. He had a passion for raising prize-winning homing pigeons from an early age. Ray also raised chickens and hung gourds to attract purple martins whom he loved to hear sing. He even had a recording of purple martins singing that he would play outside to attract them. Ray also enjoyed watching cardinals at the bird feeder outside his window. A Seminole fan through thick or thin, Ray was a Golden Chief and also a season ticket holder since 1976 (Bobby Bowden’s second year as head coach). He thoroughly enjoyed drinking an ice cold Coca-Cola while watching football. In the mid-1990s, Ray even stood in for Bobby Bowden in the studio while the crew adjusted cameras and lighting for a commercial. Ray will forever be remembered for his quick wit, entertaining stories, laughter, huge heart and love of life. He spread joy, light, and laughter everywhere he went. Ray had a deep love and commitment to his family. He leaves behind a remarkable legacy through his wife, children, grandchildren, and the many lives he touched. He was a loving husband, father, son, and brother. Ray gave graciously and generously to others. He was a father figure to many and always a kind and loyal friend. Ray was a rare soul that will truly be missed. Ray Bailey Munroe, Sr is survived by his wife of 63 years, Margaret Arnow Munroe “Peggy”; his children Mark (Teresa), Michael “Mike” (Ellen), and Meghan (Robert Lisson); daughter-in-law, Lisa; sister, Ruth Bradley; sister, Marion Temple “Tee” (Wilson Hinson); brother, James Donald “Don”; his grandchildren, Caitlin Munroe, Benjamin Munroe, Melanie Munroe, Sean Munroe, Laura Munroe, Mark Munroe Jr, Hope Lisson, Amelia Lisson, and Hailey Lisson; and many nieces and nephews. Ray was predeceased by son, Ray Jr; sister, Mary Radcliffe; brother, Mark; sister, Ellen; his parents Mark Welch Munroe, Jr. and Ruth Bailey Munroe. Services will be held graveside at Roselawn Cemetery, 843 Piedmont Drive, Tallahassee, Florida 32312 on Wednesday, February 3rd, at 10:30AM. For the health and safety of all guests, social distancing and masks are required. Out of respect and consideration for any friends or family who are not able to attend due to COVID-19 concerns, we will be recording the funeral which will be uploaded to www.bevisfh.com. In lieu of flowers, please feel free to contribute to your favorite charity. Susie Mozolic of Bevis Funeral Home (850-385-2193 or www.bevisfh.com) is assisting the Munroe family with their arrangements.

Ray Bailey Munroe, Sr., 86, died peacefully surrounded by family in Tallahassee, FL on January 27, 2021. Ray was born on January 20, 1935 in Quincy, Florida. He was the third of seven children. Ray had a happy childhood and learned to... View Obituary & Service Information

The family of Ray Bailey Munroe Sr. created this Life Tributes page to make it easy to share your memories.

Send flowers to the Munroe family.