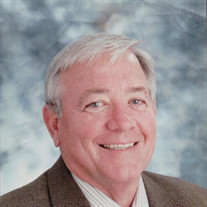 On February 23, 2021, Raymond Lee Williams passed away at Tallahassee Memorial Hospital at the age of 81. Raymond was born in Homer, Michigan to Rhyne and Lucille Williams. He moved to Chattanooga, Tennessee at a very young age where he lived until 1955 when his family moved to Carrabelle, Florida. He attended Carrabelle High School during his junior and senior years where he was active in sports, particularly football. Raymond joined the U. S. Army after graduating from high school in 1957. He was stationed in Germany until receiving an honorable discharge in 1960. Afterwards he returned to Chattanooga where he lived and worked until 1968 when he returned to Carrabelle to work with his parents in the restaurant and party fishing business. Raymond met his wife, Ruth, after returning to Carrabelle. They were married for 52 years and had two sons, one daughter, and three grandchildren. In 1978, Raymond became the Captain of the Ferry, Spica, to Dog Island, Florida. After the Spica was taken out of service in 1982, Raymond built a passenger ferry, the Ruby B, to transport the residents of Dog Island. In 2000, he retired from the ferry service and became active in real estate for a few years. Raymond also served at various times as a City Commissioner for the City of Carrabelle and one term as County Commissioner for Franklin County. When he retired in 2004, Raymond spent time in his workshop building birdhouses and working on various projects with his son, Roger. He was frequently seen by friends out working in the yard. He especially enjoyed spending time with his family. Raymond was predeceased by his parents, Rhyne and Lucille, his older brother, Rhyne Jr., and his sister, Rita. He is survived by his wife, Ruth; two sons; Jason Williams (Jessica) and Roger Williams; one daughter; Rachel Warr (Bryan); three wonderful grandchildren: Evan, Adalynn and Shiloh; and one brother, Randy Williams (Kim). Raymond was a longtime member of Carrabelle United Methodist Church. A celebration of life may be announced for a later date. If you would like to make a donation in his memory, please consider the following two or any other charity or organization of your choice: Lighthouse Children’s Home, 7771 Mahan Dr., Tallahassee, FL 32309 or Big Bend Hospice, 1723 Mahan Center Boulevard, Tallahassee, FL 32308 David Conn and Kimberly Crum at Bevis Funeral Home of Crawfordville are assisting the family with arrangements. (850-926-3333, www.bevis.com) No services planned at this time. David Conn and Kimberly Crum with Bevis Funeral Home of Crawfordville are assisting the family with arrangements. (850-926-3333, www.bevisfh.com)

On February 23, 2021, Raymond Lee Williams passed away at Tallahassee Memorial Hospital at the age of 81. Raymond was born in Homer, Michigan to Rhyne and Lucille Williams. He moved to Chattanooga, Tennessee at a very young age where he lived... View Obituary & Service Information

The family of Raymond Lee Williams created this Life Tributes page to make it easy to share your memories.

On February 23, 2021, Raymond Lee Williams passed away at Tallahassee...

Send flowers to the Williams family.