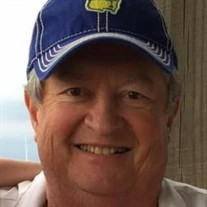 Richard Albert McLellan, 70, died suddenly Thursday, March 3, 2022, in his home. Richard, known affectionately by his loved ones as “Mac,” grew up in Zephyrhills, Florida, graduating from Zephyrhills High in 1969. He then attended Florida State University, graduating with a business degree in 1974. He remained in Tallahassee after college and was an avid fan of Seminole sports, including owning season tickets for both football and basketball for decades. He imparted this love of FSU sports to both of his children, Ryan and Heather, and made college sports an integral part of their lives. He was also a lifelong golfer and he taught his children how to play from a young age. Another favorite pastime was camping, and he enjoyed camping with his loved ones in the Smoky Mountains. After graduating from college, Richard worked for the state of Florida for 35 years as a labor relations consultant. Richard met his wife, Rebecca, in the late 1970s through community softball and they married in 1981. They had two children and were married for 26 years, until her death in January of 2008. After the loss of his wife, he was in a relationship with Shannon Lynch for over decade, who became an important part of his and his children’s lives. He retired from working for the state in 2011 and has been traveling the world with Shannon since then. Mac had a sincere love for his granddaughters, who affectionately referred to him as Grampy. Richard was a generous and loving person, who also enjoyed the occasional argument about a variety of subjects. Richard is survived by his children, Ryan (Lainey) McLellan of Atlanta and Heather (Tim) Asta of Tallahassee, and by his two siblings, Shirley Huggins of Port St. Joe Beach, Florida, and Joanie (Kim) Joyner of Lakeland, Florida. He is also survived by his granddaughters, Paige and Sadie McLellan, as well as by many nieces and nephews. He was preceded in death by his parents, Albert McLellan and Lenore McLellan Winebarger. A celebration of Richard’s life will be held on Tuesday March 8th at 11:00 a.m. at Trinity United Methodist Church. In lieu of flowers, the family asks for memorial contributions to be made to Trinity United Methodist Church, P.O. Box 1086, Tallahassee, FL 32302. Todd Wahlquist with Bevis Funeral Home (850-385-2193, www.bevisfh.com) is assisting the McLellan family with their arrangements.

Richard Albert McLellan, 70, died suddenly Thursday, March 3, 2022, in his home. Richard, known affectionately by his loved ones as &#8220;Mac,&#8221; grew up in Zephyrhills, Florida, graduating from Zephyrhills High in 1969. He then attended... View Obituary & Service Information

The family of Richard Albert McLellan created this Life Tributes page to make it easy to share your memories.

Send flowers to the McLellan family.