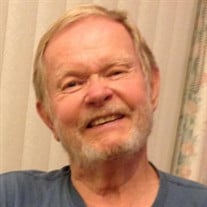 On November 15, 2021, Richard (Dick) Devereaux Jarratt Proctor, age 89, of Tallahassee, FL, husband of Blanche M. Proctor and father of Victoria Proctor Hulick, Cynthia Lee (Proctor) Sesnick, and Heidi Lynn Proctor, stepfather of Kenda (Boles) Baxter, and the late Todd Jeffrey Proctor, passed after a battle with cancer. Dick was born on May 2, 1932, in Annapolis, MD, the son of Horatio Rudder Proctor and Mary Dryden Worthington Proctor, the youngest of five children. He is predeceased by his sisters Margaret Kent Winchester, Jarratt Proctor Wells and Mary Dryden Sollers, and brother Horatio Rudder Proctor, Jr. Dick graduated from the Baltimore Polytechnic Institute and went on to earn two bachelor’s degrees—one in mechanical engineering and one in agriculture—from the University of Maryland, where he was also a member of the Air Force ROTC detachment. Following graduation, Dick served two years of active duty and six years of reserve duty in the United States Air Force as a First Lieutenant (Radar Controller). Over Dick’s career he held positions such as Chief Manufacturing Engineer, Program Manager, and Director of Operations with companies including Westinghouse Corporation in Baltimore, MD; Sanders Associates (a Lockheed company) in Nashua, NH and Portland, ME; Raytheon Company, in Portsmouth, RI; and Norlin Industries, Keltec Division in Fort Walton Beach, FL. Dick also held four U.S. patents. He retired in 1997 and, shortly thereafter, moved to Milton, FL, Blanche’s family home. In 2019, Dick and Blanche moved to Tallahassee, FL, where they were delighted to have Kenda close by. Dick was a devoted and loving father who spoke with pride about each of his children and their accomplishments, large and small, as well as being a loving and devoted husband to his soulmate, Blanche. Dick was a passionate woodworker, crafting many beautiful pieces of furniture and small pieces that are treasured by his family. He also loved to work in the yard, and especially the garden, creating beautiful spaces with Blanche. Dick was an ardent sports fan, especially of the University of Maryland Terrapins, the (former) Baltimore Colts, and the Baltimore Orioles. Dick will be cremated. In lieu of flowers, memorial donations may be given in his name to Wounded Warrior Project® (https://support.woundedwarriorproject.org/donate). Graveside services will be held 2:00 p.m. Monday, December 27, 2021 at Tallahassee National Cemetery. Susie Mozolic of Bevis Funeral Home is assisting the family with their arrangements. (www.bevisfh.com 850-385-2193)

The family of Richard D.J. Proctor created this Life Tributes page to make it easy to share your memories.

Send flowers to the Proctor family.