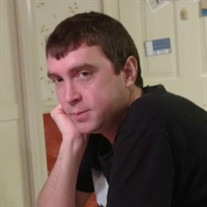 Robert Rankin Bradley slipped from this life tragically and unexpectedly on December 20, 2020. He was born in Tallahassee, February 10, 1988. He attended schools in Leon County and was a student at Florida State University majoring in Computer Science offered online by the campus at Panama City. He spent hours engaged with computer technology and loved working through abstruse technical issues associated with both hardware and software. He combined this with a real curiosity about the workings of the world and scientific issues in particular. Though bedeviled by persistent social anxiety, he was unusually adventuresome. He loved to travel. He explored the Botanical Gardens in Singapore and marveled at the city’s jungle-like Jewel Changi airport. The Buddhist prayer urns of Taipei fascinated him. So, too, the ruins of Rhodes and the nearby Valley of the Butterflies. He loved watching an outdoor soccer match on a huge viewing screen in Heidelberg with his mother and brother. The villages of Southern France charmed him. He missed seeing the bulls in Seville but was taken aback by its cathedral. Beneath his quiet demeanor, Robert possessed a daredevil spirit. He skydived in Gadsden County, snowboarded black-diamond runs in Colorado, skateboarded across Leon County, rowed the number 6 seat on the 2003 Leon Crew national championship boat and bicycled all manner of trails. Robert was a gentle soul perhaps too concerned with the feelings of others and very sensitive to how relationships played out. His inquisitive nature and lively wit made him companionable in conversation when his reticence could be overcome. He is preceded in death by his paternal grandparents, Ruth and Edward Bradley; maternal grandparents, J. W. and Carolyn Herrington; uncle, Jay Herrington, and cousin, Zachary Herrington. He will be much missed by his surviving family: his father, Robert B. Bradley; mother, Carolyn Herrington; sisters, Elizabeth and Carolyn; brother, Michael and his wife, Barbara; nephews, Sebastian and Paul; niece, Lisa; and many uncles, aunts, and cousins including Jay and Robert Herrington. His absence will also be felt by his dog, Layla, whom he dearly loved, pampered, spoiled and endlessly canoodled. Anyone who knew Robert, knew Layla. Because of the pandemic, a private service for family and invited guests will be held on Saturday, January 2, 2021 at First Presbyterian Church of Tallahassee. In lieu of flowers, the family asks that memorial contributions be provided to the Preschool of First Presbyterian Church. Breanna Green of Bevis Funeral Home is assisting the family with their arrangements. (850-385-2193 or www.bevisfh.com)

Robert Rankin Bradley slipped from this life tragically and unexpectedly on December 20, 2020. He was born in Tallahassee, February 10, 1988. He attended schools in Leon County and was a student at Florida State University majoring in Computer... View Obituary & Service Information

Robert Rankin Bradley slipped from this life tragically and unexpectedly...