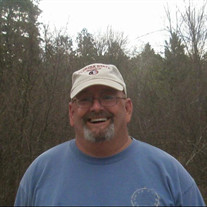 Robert Donald (Don) Hillman, Jr. passed away on December 31, 2021 at his home in Live Oak, FL from natural causes. Don was born January 11, 1959 to Robert Donald and Norma Jean Hillman in Honolulu, HI. Don grew up in Lakeland, FL, graduating from Lakeland High School in 1978. He then joined the United States Marine Corps. During his service, Don met and married his wife, Adena Jo Woody, in New Orleans, LA. Throughout his career he received the Navy Achievement Medal, Certificate of Commendation, Navy Unit Commendation, Navy Commendation, and various other recognitions. Don retired in 1998 as a Gunnery Sergeant, settling in Lakeland, FL where he began a second career with the City of Lakeland as a purchasing contractor. In 2005, Don decided to pursue further education, graduating with his Bachelor of Science at the University of South Florida in 2009. In 2004, Don found a hobby that combined his passions of technology and the outdoors – GeoCaching. Don, also known as FSUDad to his caching friends, held countless meetups, mentored new people to the hobby, and travelled the county finding the oldest or most unique caches. Don was also instrumental in creating the Trek Ten Trails event as part of the Friends of the Park Foundation in 2007, that has continued through the years. Don was also an advocate for dog rescue, particularly Cocker Spaniels. He was a sponsor for dogs in rescues and adopted several. He cherished the time he got to be “grand-paw” to family dogs. Robert Hillman is survived by his children, Emily Carder (Jon) of Tallahassee and Robert Hillman III of Avon Park, Florida. He is also survived by his granddaughter, Morgan, and his dog, Bella. He is predeceased in death by his wife, Adena Jo Hillman, parents, Robert Hillman, Sr and Norma Jean Hillman, and brother, Gary Alan Hillman, and several family Cocker Spaniels. Burial arrangements will be planned for a later date. Susie Mozolic of Bevis Funeral Home is assisting the family with their arrangements. (www.bevisfh.com 850-385-2193)

The family of Robert Donald "Don" Hillman, Jr. created this Life Tributes page to make it easy to share your memories.

Send flowers to the Hillman, family.