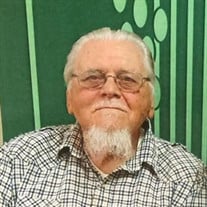 Robert Leonard Harris was born in Miami, Florida, February 21, 1938, to the late Robert and Ruth Gensler Harris. During World War-2 he and the family traveled to Denver, Colorado and Pyote, Texas to be with the elder Robert who was in the Army Air Corps. Upon returning to Miami, he attended local schools graduating with the mighty class of 1955 from Miami Edison High School. While in high school he began to work at The Miami Herald as a printer under the then DCT program. After graduation he remained with the Herald working in two years of college. In the late 1960s he saw that hot type printing was a dying trade and went to work as a City Letter Carrier for the U.S. Post office. Riding trains in the 1940s had turned him into a fan of railroads. In this time frame he traveled over the southeastern US to find operating steam locomotives and short line railroads. As a member of the Gold Coast Railroad Museum, then in Ft. Lauderdale, Florida he qualified as a steam locomotive engineer and ran the locomotive in a museum setting on the weekends. In 1979 all this came to an end. On January 19, 1979, he married Eileen Fitzgerald Labarga, she brought her twins, Teresa and Stephen into the household. In 1980 the union produced Robert Leonard Harris. Jr and seventeen months later Amy Louise Harris. Robert continued with the USPS until 1998 when he retired with a disability. He and Eileen moved from Miami to Crawfordville in early 2017 to be near a family member because of health issues. Robert was attracted to the Roman Catholic Church and was active in Our Lady of Lourdes in Miami and Saint Elizabeth Ann Seton in Crawfordville. He was also a life member in the National Model Railroad Association, holding several offices in the Sunshine Region. He was a proud member of the National Association of Letter Carriers for 50 years. He was a member of many railroad related organizations, the most important to him being The Friends of The East Broad Top, a Pennsylvania narrow gauge railroad. Robert is survived by his wife, Eileen Fitzgerald Harris, stepchildren, Teresa Labarga-Borg, of Queens, New York City and Stephen J. Labarga of Eustis Florida, son, Robert Leonard Harris, Jr. Of Gwinnett County, Georgia and daughter, Amy Louise Harris of Crawfordville. There are eleven beloved grandchildren.

Robert Leonard Harris was born in Miami, Florida, February 21, 1938, to the late Robert and Ruth Gensler Harris. During World War-2 he and the family traveled to Denver, Colorado and Pyote, Texas to be with the elder Robert who was in the Army... View Obituary & Service Information

The family of Robert Leonard Harris created this Life Tributes page to make it easy to share your memories.

Send flowers to the Harris family.