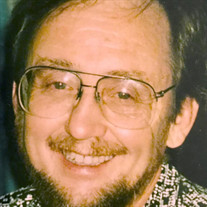 Rodney Dean Anderson, who was a history professor at Florida State University from 1966 to 2007, died on April 6, 2022, at the age of 83. He was born and raised in Houlton, Maine, graduating from Houlton High School in 1956. He was proud of his parents, Ellery and Marion Bither Anderson, and fondly wrote, “Beginning in 1941 or so, Dad worked as a mechanic, and later foreman, at Cates Motor Mart on Mechanic Street, and then took over the garage in the mid-1950s…My mother worked as a cashier at the old IGA, and then kept the books for the garage.” At Boston University, he continued, “I came to my life’s work through a chance encounter with Mexican history in an elective history course…After graduating from Boston University, I joined the Maine National Guard and put in six months active duty at Fort Dix, New Jersey (and five years in the U.S. Army Reserves) and began my graduate work at…American University in Washington, D.C. in 1961. At first, I studied for the Foreign Service, but soon changed to my first love – history. Mexico intrigued me, and I spent a year there in 1965-66, doing the research on my Ph.D. dissertation on labor history.” When a job opened up at Florida State University, he began his teaching career in August 1966. In 1968 he was granted his Ph.D. by American University. His academic interests evolved from labor to urban history, and by the 1980s he specialized in the history of Guadalajara, Mexico’s largest western city. Beginning in1995 he directed the Guadalajara Census Project funded by the U.S. National Endowment for the Humanities. This project developed into a database of two especially detailed censuses, 1821 and 1822, taken in Guadalajara during the early years of Mexican independence. The purpose he explained was “to digitize the population censuses of that city and make them available to scholars and the general public.” Rod was at the center of a subgroup of the history department at Florida State who taught in fields then considered new to the field of history: Women’s History, Latin American History, African History and Middle Eastern history. During the 1980s this group had offices on the third (rather than the fourth floor) of Bellamy building. They were happy denizens of “the swamp”. Rod published two books, Outcasts in Their Own Lands: Mexican Industrial Workers, 1906-1911 (Northern Illinois University Press, 1976), and Guadalajara a la consumacion de la Independencia: Estudio de su poblacion segun los padrones de 1821-1822 (Unidad Editorial, 1983). In 1988 he received the James Alexander Robertson Memorial Prize for his article, "Race and Social Stratification: A Comparison of Working-Class Spaniards, Indians, and Castas in Guadalajara, Mexico in 1821", Hispanic American Historical Review (May 1988). Rod did pioneering work in Mexican history, focusing on the view of working class Mexicans, and developing digitized census information for use by students, teachers and the public. Publishing was important to Rod, and teaching was at the core of his identity. He taught not only Mexican history, but also the history of other parts of Latin America, as well as World History, and the history of World War II while teaching at FSU’s campus in London. His enthusiasm and dedication impressed students and colleagues, who recognized him as an excellent teacher. Students, especially his Ph.D. students, and those who worked with him on the Guadalajara project, played a very large role in his life. However, as he wrote ten years ago, “Two things kept me in town, or at least kept me from thinking of leaving town. First, I met a woman with whom I happily spent the rest of my life…And not long afterwards, we both fell heads and heels in love with a community within this community – Gulf Winds Track Club!” In the early 1980’s Rod was a serious runner, a member of the GWTC, and a competitive runner in his age group. He especially loved the camaraderie and social activities of the GWTC. One does not think of Rod without thinking of parties and ceremonies. For him “any time was an opportunity for celebration”. He entered into them joyously, without reserve. He loved socializing and gathering friends to celebrate: Fridays, paella parties, going away parties, retirement parties, graduation parties, Bocce tournaments, crabbing and many other occasions. He and Marti especially loved hosting one and all at his home near Tallahassee and in the family-built camp on the South Shore at Drew’s Lake in Maine. As his close friend Darrell Levi commented, “His was a rare spirit which combined pioneering work in Mexican history, stalwart friendship, and a joyous approach to life.” He is survived by his wife, Marti Trovillion; his sister, Connie MacKinnon; his son, Jim Anderson; his daughter, Sharon Anderson Fowler; seven grandchildren who he loved very much; and many students and friends who enjoyed and loved him. The celebration of the Life Rodney Dean Anderson PhD, will be held Friday, May 27, 2022. A reception will be held from 4:00 PM to 5:00 PM. Celebration of his life will be from 5:00 until 7:00 PM, both will be held in the Grand Ballroom Florida State University Alumni Center 1030 West Tennessee Street Tallahassee, FL 32304. Rodney Anderson was a beloved professor at FSU for 41 years. He took great joy in socializing and gathering friends to celebrate. We invite you to a special gathering to honor Rod’s contributions to many people’s lives. We’ll be sharing our favorite stories about Rod and raising a glass to toast him. The Celebration of Life will be recorded and posted to a YouTube link for those who cannot attend in person. There will be a video recording made of the Celebration. If you want access to the recording, email [email protected] Please put “Celebration” in the subject line of your email. Todd Wahlquist with Bevis Funeral Home (850-385-2193, www.bevisfh.com) is assisting the Anderson family with their arrangements.

Rodney Dean Anderson, who was a history professor at Florida State University from 1966 to 2007, died on April 6, 2022, at the age of 83. He was born and raised in Houlton, Maine, graduating from Houlton High School in 1956. He was proud of... View Obituary & Service Information

The family of Rodney Dean Anderson PhD created this Life Tributes page to make it easy to share your memories.

Rodney Dean Anderson, who was a history professor at Florida...

Send flowers to the Anderson family.