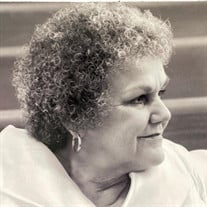 Sandra (Sandy) Jane Jensen Carlan, 70, passed away November 24, 2021 in Tallahassee, Florida. Sandy was born November 30, 1950 in Minneapolis, Minnesota, and living her early years in California, Sandy moved to Tallahassee in 1962, where she remained throughout her lifetime. She was the only child of John and Etta Jensen (deceased). Sandy was married to James Franklin Carlan, who predeceased her in 1999. She is survived by her only son John Jensen Carlan, his wife Edie Ousley, and her grandson Chase Carlan, all of Tallahassee. A graduate of Rickards High School (1969), Sandy obtained her bachelor’s degree in 1978 from Florida A& M University. Sandy was a 25-plus year career employee of the Florida Highway and Safety Administration. Representing FAMU, Sandy obtained national recognition in 1977, for placing fourth in a United States typing competition, all while achieving this honor with a defective typewriter. She later became a certified pest control operator, and owned and operated Sandy’s Pest Control with her husband James. Sandy’s Pest Control was later sold to Terminix, Inc. Her real passion was country western music. She pursued this passion with her band, and played area honky-tonks, and later recorded a few singles. Sandy was driven to accomplish things. She was a loving mother and grandmother who could tell it like she saw it! The family will receive friends Wednesday, December 1, 2021 from 10:00 to 11:00 AM at Tallahassee Memory Gardens, a graveside service will follow at 11:00 AM. Todd Wahlquist with Bevis Funeral Home (850-385-2193, www.bevisfh.com) is assisting the Carlan family with their arrangements.

Sandra (Sandy) Jane Jensen Carlan, 70, passed away November 24, 2021 in Tallahassee, Florida. Sandy was born November 30, 1950 in Minneapolis, Minnesota, and living her early years in California, Sandy moved to Tallahassee in 1962, where she... View Obituary & Service Information

The family of Sandra (Sandy) Jane Jensen Carlan created this Life Tributes page to make it easy to share your memories.

Send flowers to the Carlan family.