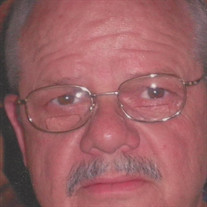 Stanley J. Slayton, 74, of Crawfordville died September 25, 2020 surrounded by his loved ones. Stanley was born on July 19, 1946 to Stanley H. Slayton and Gladys Wilson Slayton. He graduated from Mullins High in 1966. He was immediately drafted into the US Army, where he served until 1970. He was stationed in Fort Hood, Texas as an Specialist E5 and served in Vietnam where he earned the following medals: The National Defense Service Medal, Vietnam Service Medal with 2 Bronze Service Stars, Republic of Vietnam Campaign Medal, Army Commendation Medal and Bronze Star with V devise for Valor. Stanley was also an expert rifleman. He was wounded in combat twice while serving in Vietnam. Upon his release from the military he moved to Tallahassee, FL where he met and married his wife of 45 years, Sheila Council Slayton. He then moved to Crawfordville where he owned and operated Stan’s Barber Shop for 30 years. He was known affectionately as Stan the Man or Mr. Stan the Barber. Together he and Sheila had two sons. Stanley enjoyed driving his big red tractor, wearing his Superman shirts, and going to Tractor Supply. Stanley is survived by his wife, Sheila; his two sons, Dole (Savannah) of Colorado, and Chad (Amanda) of Crawfordville; five grandchildren, Dylan Slayton, Annabelle Slayton, Malory Slayton, Stanley R. Slayton, and Paisleigh Slayton. He is also survived by a sister, Joanne Stokley (Carl), and numerous nieces, nephews and friends. He was preceded in death by his father, Stanley H. Slayton, mother, Gladys Slayton, sister, Marty Thomas, brother, Robert Slayton, and Grandson Levi Slayton. In lieu of flowers, the family requests donations be made to Authentic Life Church (850-745-6440, 824 Shadeville Highway, Crawfordville, FL 32327, [email protected]) David Conn and Kimberly Crum with Bevis Funeral Home of Crawfordville are assisting the family with arrangements. (850-926-3333, bevisfh.com)

Stanley J. Slayton, 74, of Crawfordville died September 25, 2020 surrounded by his loved ones. Stanley was born on July 19, 1946 to Stanley H. Slayton and Gladys Wilson Slayton. He graduated from Mullins High in 1966. He was immediately drafted... View Obituary & Service Information

The family of Stanley Junior Slayton created this Life Tributes page to make it easy to share your memories.

Send flowers to the Slayton family.