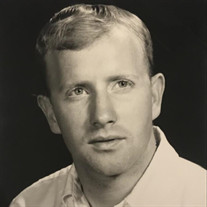 Steven O’Hara “Steve” Lewis, age 75 passed away on Sunday, November 21st at his home in Tallahassee, Florida with his family surrounding him. Steve was born to his parents, Philip and Norma Lewis of Hawthorne, Florida. Steve graduated high school in 1965, served in the United States Navy from 1968 to 1972. Steve earned his Bachelor of Arts degree in Graphic Design from the University of Florida. After graduation, Steve sold real estate in Gainesville where he met and married the love of his life, Debbie in 1982. Steve and Debbie then moved to Tallahassee where Steve accepted a position as a Graphic Designer for the Florida Fish and Wildlife Conservation Commission. Steve and Debbie raised their daughters, Aimee and Melissa in Tallahassee. Steve was a very loving, selfless, loyal, and caring husband and father. He loved his girls more than words can say. Steve was passionate about photography, art, wildlife, and history. He was an incredible artist and photographer. He had a very witty sense of humor and was always ready to make someone laugh. It was an honor to know Steve, as he left a huge impact on everyone that knew him. We are truly blessed with an amazing and loving, Father, Husband, and Friend. Steve is preceded in death by his parents, Philip and Norma Lewis and his daughter, Aimee Lewis. He is survived by his wife Debbie Lewis, his daughter Melissa Clarkson and son in law John Clarkson, his brother David Lewis, cousins Joyce Story and Hugh Story, and his beloved cat, Cricket. Steve’s services will be held on December 11, 2021 at 2pm, located at The Bridge Church. The family will receive friends at the church from 1:30 p.m. until service time. Susie Mozolic of Bevis Funeral Home is assisting the family with their arrangements. (www.bevisfh.com 850-385-2193)

Steven O&#8217;Hara &#8220;Steve&#8221; Lewis, age 75 passed away on Sunday, November 21st at his home in Tallahassee, Florida with his family surrounding him. Steve was born to his parents, Philip and Norma Lewis of Hawthorne, Florida. Steve... View Obituary & Service Information

The family of Steven O'Hara "Steve" Lewis created this Life Tributes page to make it easy to share your memories.

Send flowers to the Lewis family.