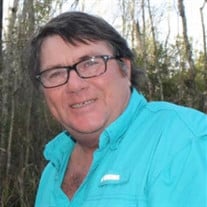 Darling husband, Tomas Robert Bartell of Tallahassee, Florida passed away at 4:43 am on May 11, 2021, at 66 years old after a 2 ½ year battle with liver cancer. Often called Diamond Geezer. “A real good person. A gentleman that will go out of his way to ensure everyone and everything around him experiences the best possible life.” Tom was that fellow; his character has been described by all that knew him as the kindest and most genuine of souls. We would be lucky to find his likeness again. Survived by wife Victoria Bartell, brothers Dan Bartell and wife Brenda, Tim Bartell and wife Gail, Mark Bartell and wife Trang, Terry Bartell and wife Nicole, sister Rosa Linda Bartell, stepson Casey Muccullers, business partner Tim Selvey, nieces and nephews Amy Bartell, Raymond Bartell, Nicholas Bartell, Christopher Bartell, Justin Bartell, Cameron Bartell, Sawyer Bartell, Mason Bartell and Sam Bartell. Also, stepchildren Cressida McKinney, Meredith Steinmetz-White, Joshua Steinmetz, and step granddaughter, Rielle McKinney. Tom was preceded in death by his partner, Cheryl Muccullers, mother Rosa Bartell, father Robert Bartell, and beloved brothers David Adam Bartell and Heinz Bartell. Tom was born in Boston, Massachusetts, and spent his youth in Hartford City, Indiana, and later followed his family to Tallahassee, Florida in the early 70s. He worked in the building trade becoming an accomplished draftsman, talented carpenter and a perfectionist, eventually turning to cable installation in the 1980s. Quoted by his youngest brother Terry, "Tom was a pioneer in the cable industry” His initials are still seen on applications used today. In 2008 he partnered with best friend Tim Selvey and formed Bartell and Associates. Tom was an avid birder, bowler, animal lover, and fisherman. He and his brother Mark fished the local waters intensely. He enjoyed traveling, gardening, learning and was willing to try anything his wife Vicky wanted to do. He is now at peace with our dear Lord, welcomed with open arms. A bright and beautiful light has gone out in this world. Memorial services will be held at 2:00 p.m. on Sunday, May 23, 2021 at Capital City Church: 862 Blountstown St, Tallahassee, FL 32304. Breanna Green of Bevis Funeral Home is assisting the family with their arrangements. (850-385-2193 or www.bevisfh.com)

Darling husband, Tomas Robert Bartell of Tallahassee, Florida passed away at 4:43 am on May 11, 2021, at 66 years old after a 2 ½ year battle with liver cancer. Often called Diamond Geezer. &#8220;A real good person. A gentleman that will go... View Obituary & Service Information

The family of Tomas R. Bartell created this Life Tributes page to make it easy to share your memories.

Send flowers to the Bartell family.