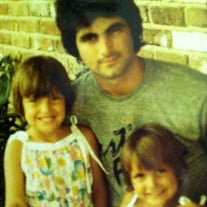 Wayne Erato, 64, of Tallahassee, FL, passed away on June 9 after a valiant battle with Glioblastoma (brain cancer) at his daughter Alison’s home. Wayne was born in New Orleans, Louisiana to Will Warren Erato and Doris Williams who preceded him in death. Also preceded in death by his brother Michael (Esse) Erato and sister Norma Jean (CJ) Maltese. He was an amazing father and grandfather. He loved spending time teaching Justin how to repair things and work with his hands as his father and grandfather taught him. His grandson, Baker, brought so much joy and laughter to him. While only being able to spend Baker’s first three years with him, they were so cherished by Wayne. He was looking forward to meeting his first great-grandchild, Claire Ann Fleischer. If you were a friend of Wayne’s, you know his willingness to help others and take care of them, often sacrificing himself. He knew the value of family and friends. He was a man of little words, but was the energy in the room. His final days were not kind to him, but his daughters cherished the time they were able to spend with him, making him comfortable and ensuring his safety. The last months of his life were filled with family and as many laughs as could be provided. He is survived by two daughters, Alison (Ben) Bonnell and Heather (Brad) Tune, two grandsons Justin (Victoria) Fleischer and Baker Tune, two brothers, Warren (Phyllis) Erato and Paul (Penny) Erato, one sister, Marie (Eugene) White, a wife, Stella Earnhart and her son, Jason Earnhart. There will be no service, as dad never wanted a big deal made of him. That being said, he liked a good drink, if you would like to join his daughters in celebrating his life with a drink, please join them at Bird’s, 325 N Bronough St, Tallahassee, FL 32301 on Saturday, June 19th from 10:30 am-11:30 am. In lieu of flowers or cards, please consider donating to the Glioblastoma Foundation at https://glioblastomafoundation.org in Wayne’s name. David Conn and Kimberly Crum of Bevis Funeral Home of Crawfordville are assisting the family with arrangements. (850-926-3333, www.bevisfh.com)

Wayne Erato, 64, of Tallahassee, FL, passed away on June 9 after a valiant battle with Glioblastoma (brain cancer) at his daughter Alison&#8217;s home. Wayne was born in New Orleans, Louisiana to Will Warren Erato and Doris Williams who preceded... View Obituary & Service Information

The family of Wayne Mark Erato created this Life Tributes page to make it easy to share your memories.

Send flowers to the Erato family.