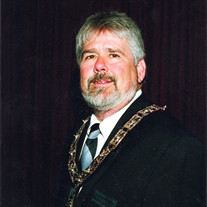 William Keith White, Jr. passed away on Thursday, April 7, 2022, at the age of 72. He was known to family & friends alike as Keith. Keith was born August 22, 1949, in Brooklyn NY. His parents were William Keith White Sr (Bill) and Ema Edwards White. At three months old he moved with his parents to Burlington, NC where the family lived for 8 years. While in Burlington Keith was joined by two siblings, a brother Emmett Jackson White (Jack) & a sister Alice Malone White. In 1959, the family moved to Jacksonville FL and then in 1963 to Miami FL. In Miami Keith’s youngest brother, George Thomas White (Tom) was born. Keith graduated from Coral Gables High school. It was at Gables that Keith met the love of his life Bonnie Gayle Burkart. On August 9, 1969, Keith and Bonnie were married in Miami FL. They had one son William Keith White III, known to everyone as Terry. They moved away from Miami & finally settled to raise Terry in Tallahassee FL. Keith was an active in his community as a member of the Elks and other civic organizations. He was an avid golfer, loved deep sea fishing, cooking, and working with his hands. His was known to be able to fix almost anything and he was always willing to help others if he could. Keith was preceded in death by his wife Bonnie, his father Bill, mother Ema, and brother Jack. He will be missed by his son Terry, daughter-in-law Jordan, granddaughter Cricket, sister Alice & husband Jay Ervin, and brother Tom and his wife Marsha, as well as cousins, nieces, and nephews. He will also be missed by extended family and friends here in Tallahassee and around Florida. A service/celebration of life will be held at the Elks Lodge #937, 276 N Magnolia Dr, Tallahassee, FL 32301 on May 7th at 11:00 am In lieu of flowers please make donations to a charity of your choice or one of the following Benevolent and Protective Order of Elks, Tallahassee Elks Lodge #937, 276 N. Magnolia, Tallahassee, FL. 32301 Rio's Roost Parrot Rescue Inc. (https://riosroost.com/) - the Parrot sanctuary who took in Shamrock, Keith & Bonnie’s Parrot. Hooked on Heroes (https://hookedonheroes.com/) – a local non-profit providing fishing trips to veterans. Given Keith’s love of fishing we thought this charity would be appropriate. Susie Mozolic of Bevis Funeral Home is assisting the family with their arrangements. (www.bevisfh.ocm 850-385-2193)

William Keith White, Jr. passed away on Thursday, April 7, 2022, at the age of 72. He was known to family & friends alike as Keith. Keith was born August 22, 1949, in Brooklyn NY. His parents were William Keith White Sr (Bill) and Ema Edwards... View Obituary & Service Information

The family of William Keith White Jr. created this Life Tributes page to make it easy to share your memories.

Send flowers to the White family.